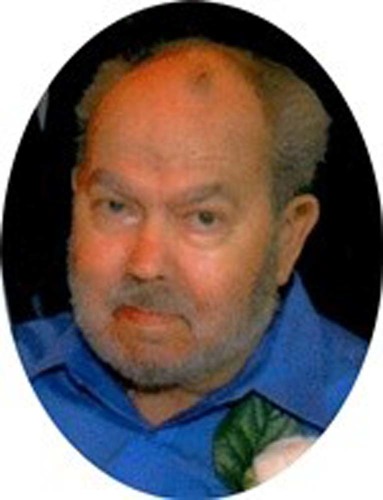 ROCHESTER - David Robert Mittelstadt Sr., 73, died peacefully on Saturday, February 13, 2010 at his home with his wife, Pamela at his side. David was born January 6, 1937 in Owatonna, MN to Carl and Minnie (Doering) Mittelstadt. He attended rural school in Steele County, District 86 in Goodhue County and West Concord High School. His childhood years were spent enjoying many mischievous adventures with his brothers and sisters on the family farm. He started working at West Concord Creamery in 1954, Pine Island Creamery, Maple Island Creamery in Wanamingo, and the Rock Dell Creamery. In the early 70's he went to work for L.A.D. Corporation in Rochester which lead to his eventual employment with Midway Motor Lodge/Best Western Apache. He was employed there for 35 years until his retirement in 2003. In 1982 he married his wife, Pamela Lee Bradley. When not working, he enjoyed collecting and the restoration of antique farm toys and became a sought after source to other collectors needing restoration of their toys as well. David was always there with an entertaining and amusing story. Along with his storytelling skills, he continued to enjoy new experiences, cycle road trips, his loving and devoted pet and his constant companion Libby, and being with his family. David was a member of Peace United Church of Christ and though not always able to attend, received great inspiration and comfort there.David is survived by his wife, Pamela; sons, David "Butch" Mittelstadt, Jr. of North Pole, AK, Jeffrey (Diane) Mittelstadt, of Hayfield, Brian (Katy) Mittelstadt, of Durand, WI; seven grandchildren; four great grandchildren; brothers, Paul (Lu Ann) Mittelstadt, of Stewartville, and Joseph (Mary Ann) Mittelstadt, of Kasson; sisters, Mary Unger, of Kasson, Ellen Mittelstadt of Zumbrota, and Myrna (Brent) Barth, of Pine Island; and four nephews.David is preceded in death by his parents and two brothers-in-law.A Memorial Service will be at 11:00 a.m. on Saturday, February 20th, 2010 at Peace United Church of Christ, 1503 2nd Ave. NE, with Rev. Paul Bauch officiating. Visitation will be an hour prior to the service at church. Ranfranz and Vine Funeral Homes5421 Royal Place NW, Rochester, MN.(507) 289-3600 www.ranfranzandvinefh.com

You have my sincere sympathy. Please know that you are in my thoughts and prayers. I hope it will be an added source of comfort to you at this time of grief to know that others care so much for you Pam.

Please accept our most heartfelt sympathies for your loss...our thoughts and prayers are with you and your family during this difficult time.
Peter and Sue Anagnos

My thoughts and prayers are with you Pam.

I worked with Dave at Best Western Apache for six years. He was fun to work with. You always learned something new working with him. I remember him making a monster vacuum using parts from like six other dead vacuums. It lasted forever. You always knew when he was at work too because you could smell the pipe tobacco. We would all say "Oh, Dave's here." :) His stories were great. I don't think I ever heard one twice. He always stood up for you too when things got sticky at work. He will be greatly missed.

Pam, I am so sorry to hear about Dave. I think we all have very fond memories of working together back at Midway Motor Lodge, lots of laughs, lots of hard work, but most of all the incredible friendship we had for one another. I'll never forget Dave's laugh and his humor, and yes, his story telling! He will certainly be missed. My prayers go out to you and to all of Dave's family. Take care, Shirley and Mike Claffy.

I met Dave through my co-worker and good friend, Pam. Through the years, we have attended a couple of holiday parties and met a few times at their home. Most of my contact with Dave was by phone when he would call to speak with Pam. Whenever I heard his voice on the other line, it would bring a smile to my face. He was always quick to make a joke or a funny comment and I really enjoyed getting to speak with him on a regular basis. Dave loved pugs - especially his faithful friend, Libby. The fact that Dave was a dog lover shows everyone what a kind and caring heart he had. Also, he showed that everyday with his love for Pam. While we know that Dave will be at peace and with other lossed loved ones, his gentle spirit, quick humor and zest for life will be greatly missed.

Just as the sun will set then rise with each and every dawn, the souls of those who lived life well eternally live on....

Now that the sun has seemed to set on one so very dear, please know a soul who lived so well remains forever near.

My prayers and heart felt sympathy I send your way.

Pam know that your co- workers are here for you and we are thinking about you.

I am very, very sorry for your loss.

My thoughts and prayers are with you at this most difficult time.

David has been a close friend since we first met in 1964. He has always been a crusader of justice and always stood up for rights of people that did not have the skill to speak out.

My friend and brother in law had a deep, personal faith in Christ. This faith was an inspiration to his three sons and the Mittelstadt family.

David will have a loving place in the memory of all those whose life he has touched.

So sorry to hear of your loss. You have my thoughts and prayers for you at this sad time.

The services for David have not yet been added. Please sign up below to be notified when the services are ready.

The attached photos are added to the memorial of David R. Mittelstadt to help share their legacy.

Thank you for sharing your memory of David