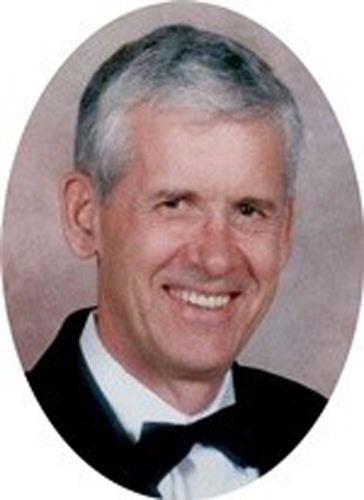 A funeral mass for Reinhard D. Lampat, 68 of Rochester, MN will be at 11:00am, Thursday, April 1, 2010 at Ranfranz and Vine Funeral Homes. Visitation will be from 5-8pm on Wednesday, March 31, 2010 at the funeral home.Reinhard Dieter Lampat was born on November 13, 1941 in Konigsberg, Germany to Ernst and Gertrude (Ludigkeit) Lampat. Reinhard died on March 29, 2010 at his home.Reinhard attended German Schools and moved to New Jersey at the age of 15. He graduated from High School in New Jersey and completed 2 years of Technical School there. He married Lucille Kelly on July 27, 1968 and started working as a programmer for IBM in Kinston, NY and later moved to Rochester, MN in 1974.Reinhard enjoyed working with his hands, especially big projects like building or remodeling. He always thought, if you could dream it, he could build it.Survivors include his wife, Lucille of Rochester, MN; his sons, Reinhard W. (Martha) Lampat of Lakeville, MN, David J. (Kari) Lampat of Byron, MN, Mark C. (Gladys Negrete-Lampat) Lampat of Victoria, MN and his adopted son, Thomas (Ana Negrete-Raymond) Raymond of Roseville, MN and 10 grandchildren. He was preceded in death by his parents, 1 brother and 1 sister.In lieu of flowers, memorials can be directed to Mayo Clinic for ALS research.

My name is Donald Austin and I knew Reinhard as a teenager. His family was sponsored to come to America by our church, The First Presbyterian Church of Bustleton NJ. We went to school together and were teenage friends until high school graduation. I joined the USAF, Reinhard drove me to the recruiter in Burlington, NJ when I left for Basic in San Antonio, TX. We were buddies and friends. I am sorry to hear he passed. I knew his mom and dad because I was at his home occasionally, it was on property owned by Al Lovesy until Ernst bought it from the Lovesy's. His dad was a big man and his mom was always nice to me. We conversed by gestures and help from Reinhard who served as translater. I knew Reinhard had gone to tech school and worked for IBM, but that is about all. I posted a picture of Reinhard standing by my 1950 Chevrolet car, in the driveway of our home on Old York Road, Florence Twp., NJ. Reinhard lived on the same road a little further West toward Burlington. About a mile or so. This post was instigated by one of our exchange students, Kim from Germany, sending us a photo of her new Citroen compact car. It made me want to send a photo back to her of my first car. It took some digging but I found that photo on an old 35MM slide which was taken around 1962. Anyway I sent that to Kim today, she was number ten out of twelve exchange students we have had. But that image of Reinhard, standing there, reminded me of all the good times we had together with our other friends and I wondered where that German boy I knew so long ago had gone. Now I know, he in Minnesota, I in Texas. He was my senior by two years or so but very much further along with his education then I. The only reason Reinhard was in my grade was because he was still learning English. Rest in peace my friend, Donald 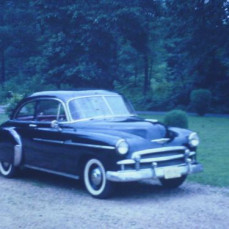 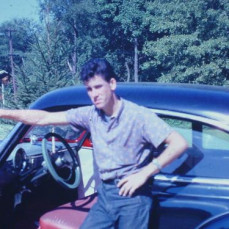 The attached photos are added to the memorial of Reinhard D. Lampat to help share their legacy.