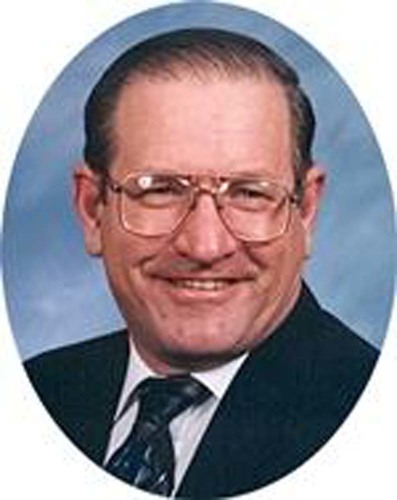 ORONOCO - Donald H. Hoerle, Sr., 67, passed away unexpectedly on Tuesday, May 4, 2010 at his home in Oronoco. Donald was born August 11, 1942 in Chicago, IL to Harold and Virginia (Roth) Hoerle. He grew up in Clearwater, NE and graduated from Clearwater High School in 1960. He joined IBM Corporation in 1962. Donald graduated from Fairleigh Dickinson University with a B.S. Degree in Engineering in 1972. He married Mary Virginia Neppl on January 27, 1962 in Denison, IA. The couple lived in Omaha, NE until 1969. They moved several times with IBM Corp. until settling in Goodhue, MN from 1973 until 1992, and have lived in rural Oronoco since 1992. Donald worked for IBM Corp. for 31 years, retiring in 1993. After retirement, he continued at IBM as a consultant until 2008. He farmed part-time for many years and had been farming full-time since leaving IBM. He was a member of St. Michael's Catholic Church in Pine Island, MN. Donald is survived by his wife of 48 years, Virginia; four children, Donald Jr. (Julie) of Oronoco, Susanne (Kerry Moore) of Elizabeth, CO, Barbara (Christopher Arend) of St. Louis Park, MN, and Steven (Amy) of Byron, MN; ten grandchildren, Alicia, Brian, Jason, and Kristina Hoerle, of Oronoco, Jordan, Jamie, and Jacob States, of Elizabeth, CO, and Carolyn, Nicholas, and Alexander Hoerle, of Byron; four step-grandchildren, Justin Moore, Ashleigh Peffer, and Marshall and Hunter Moore; his mother, of Newton, KS; a brother, Richard (Lynn) of Joplin, MO; three sisters, Janice Wright, of Longmont, CO, Shirley (Robert) Ahlgrim, of Newton, KS, and Karen (Andrew) Lasota, of Franklin, KS; and numerous nieces, nephews, great-nieces, and great-nephews.Donald is preceded in death by his father; a brother, Gerald, of Malcolm, NE; a sister-in-law, Connie Hoerle, of Malcolm, NE; and brother-in-law, Terry Wright, of Longmont, CO.Donald was a devoted husband, father, grandfather, businessman, and farmer. He enjoyed working on his farm, with his cattle and his dog, Shane. Donald especially enjoyed spending time with his many grandchildren.A Funeral Mass will be held at 11:00 A.M. on Monday, May 10, 2010 at St. Michael's Catholic Church, 451 5th St. SW in Pine Island, with Fr. Tim Dolan officiating. Visitation will be from 3-6 P.M. on Sunday, May 9, 2010 at the Ranfranz and Vine Funeral Home and an hour prior to the service at the church. Interment will be in St. Michael's Cemetery in rural Pine Island.

The attached photos are added to the memorial of Donald H. Hoerle, Sr. to help share their legacy.