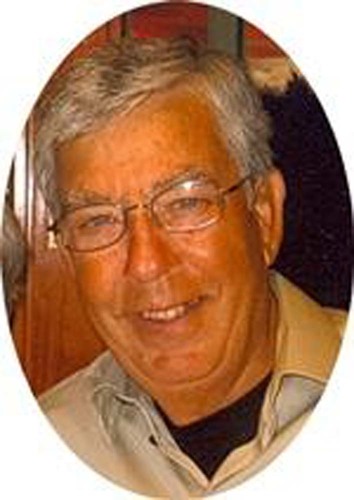 Paul O. Moen, 73, of Rochester, died Thursday, June 10 at his home following an illness with pancreatic cancer. Paul was born October 29, 1936 in Kasson, MN to Ole and Tina (Ness) Moen. He grew up on the farm in Rock Dell, MN. He graduated from Kasson-Mantorville High School in 1955. He was the homecoming king and the conference football scoring champion. He married Donnien Marie Buchholz on August 29, 1956. Paul had a 35 year career at IBM. Paul is survived by his wife, Marie; three sons, Daniel (Susan) Moen of Rochester, MN, Steven (Grace) Moen of Rochester, MN and Thomas (Amy) Moen of Abingdon, MD; eight grandchildren, Ben, Joe, Sam, Peter (Bethany), Denise, Tyler, Joshua and Rebecca; one great-grandchild, Kiley; three brothers, Leon Moen of Kasson, MN, Truman Moen of Austin, MN and Ivan Moen of Byron MN; and one sister, Irene Sanvick of Austin, MN. He was preceded in death by his parents; two sisters; Opal Linbo and Martha Stensrud and four brothers; Ephraim, Archie, Marvin and Bob Moen.Paul was an extremely beloved man. Above all else, the concerns of his family and friends were foremost in his life. The amount of time he spent with the ones he loved is incalculable. Paul and Marie traveled the world over, often with friends, and made many more new friends along the way. Their greatest travels, however, took them to all the grand children's activities. While watching many baseball games, Grandpa Paul was a number one fan and a fan favorite of all the other ball-players and their families, and will be dearly missed. As a family man, Paul kept us all in stitches with his quick wit and humorous one-liners. He was the kind of person you just wanted to be around. He served us and many other people in such a way that we could scarcely thank him enough.Paul said many times, "I have such good daughters-in-law (Sue, Grace and Amy), that I couldn't have picked better ones out if I had ordered them out of a catalog."Blessed be the memory of Paul Moen.A celebration service for Paul's life will be held at 1:00 p.m. on Monday, June 14th at Ranfranz and Vine Funeral Homes with Pastor Ronald Wernimont officiating. Burial will be in Oakwood Cemetery. A visitation will be on Sunday, June 13th from 4:00-7:00 p.m. at Ranfranz and Vine Funeral Homes and one hour prior to the service on Monday at the funeral home.Memorials are preferred to Pine Haven Christian Assembly, 16508 State Highway, Park Rapids, MN 56470.Ranfranz and Vine Funeral Homes, 5421 Royal Place NW, Rochester, MN 55901 (507) 289-3600www.ranfranzandvinefh.com

The attached photos are added to the memorial of Paul O. Moen to help share their legacy.