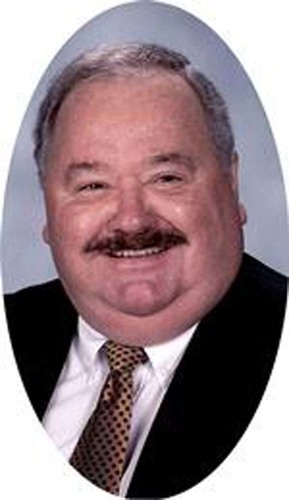 ROCHESTER, MINN: Dr. Douglas R. Gracey, 73, died peacefully at Charter House Skilled Care Unit, Monday, June 21, 2010. Dr. Gracey was born August 7, 1936 to Warren R. and Areta (Thompson) Gracey in Ft. Dodge, IA. He spent his childhood in Dixon, IL. His father was a mortician and died when Dr. Gracey was seven years old of pulmonary tuberculosis. His mother was a master furrier and she lived to the ripe old age of ninty-four years. Dr. Gracey was a graduate of Dixon High School, Coe College (1958), Cedar Rapids, IA, Northwestern University Medical School (1962) and received a Masters of Science Degree from the University of Minnesota in 1968. He married Edith H. Haas on December 23, 1961 in Evanston, IL. Following a rotating internship at Cook County Hospital, Chicago, IL, he entered the Mayo Graduate School of Medicine in 1963 as a fellow in Internal Medicine and subsequently a fellow in Pulmonary Medicine. His training at Mayo was interrupted during the Vietnamese Conflict. He served as a Captain in the Air Force for over two years at the Air Force Pulmonary Disease Center at the USAF Medical Center, Scott Air Force Base. While service at Scott AFB, he was chief of the Pulmonary Diagnostic Center and Director of the Pulmonary Function Laboratory. He also served for two years as a member of the Board of Governors of the Officers Open Mess/Officers Club. He was awarded the Air Force Commendation Medal and three other awards for his service. After completing his service in the Air Force, Dr. Gracey returned to Mayo to finish his fellowship. He joined the full-time faculty at Northwestern Medical School in 1969, where he served as Director of the Pulmonary Function Laboratory and Director of Pulmonary Medicine Service at Northwestern Memorial Hospital. He was also Medical Director of Respiratory Therapy Services at Highland Park Hospital and Lake Forrest Hospital in the northern Chicago suburbs. Dr. Gracey returned to Mayo Clinic in Rochester in 1975 and joined the Division of Pulmonary and Critical Care Medicine. Shortly after his return, he was appointed to the position of Practice Chair/Vice-Chairman of the Division. He later served for ten years as the Vice-Chairman of the Department of Medicine, Director of Pulmonary Medicine/Anesthesiology Critical Care Medicine Service and Chair of the Revenue Systems Committee. He was a member of the Information Managemnent Committee and Chair of the IMC Clinical Applications Sub-Committee. Dr. Gracy served for five years on the Institutional Clinical Practice Committee and twelve years as Chairman of the Pulmonary and Critical Care Medicine Division. He retired from Mayo in 2005 after thirty years of service. He was board certified in Internal Medicine and in Pulmonary Medicine by the American Board of Internal Medicine. Dr. Gracey was listed in Who's Who in America and World's Who's Who in Science. He served for two years as President of the National Association of Medical Directors of Respiratory Care. He was a Fellow of the American College of Physicians (FACP) and the American College of Chest Physicians (FCCP). He held a number of offices in the latter including, Governor for Minnesota, Chair of Steering Committee of the Respiratory Care Section and Chair of the Government Liason Committee for five years. He received the Award for Meritorious Service from the Office of the Command Surgeon, USAF Military Airlift Command eight times from 1968-1975. Dr. Gracey authored over one hundred scientific manuscripts and three books. He also edited a scientific review of Pulmonary Diseases in the Adult. In addition, he wrote two auto-biographical books about his experiences as an intern at Cook County Hospital and as an Air Force Physicians. The former is titled Intern In The Promised Land and the latter, Flying Lesson, Ambulances and other Air Force Vignettes. Dr. Gracey is survived by his wife of forty-eight years, Edith, Rochester, MN, a daughter; Laura Moncrieff, Golden Valley, MN, and a son; Douglas R. Gracey, Jr., Minnetonka, MN. He was preceded in death by his parents. A Memorial Service will be held at 11:00 a.m. on Friday, July 9, 2010 at First Presbyterian Church, Rochester, MN. A visitation will be one hour before the service at the church. Burial will be in the First Presbyterian Church Columbarium. In lieu of flowers, memorials are suggested to the Gift of Life Transplant House or Paws and Claws Building Fund. Ranfranz and Vine Funeral Homes, 5421 Royal Place N.W. Rochester, MN 55901, 507-289-3600, www.ranfranzandvinefh.com.

I was saddened to hear of Doug's passing. I worked closely with Doug in my role as Vice President at the American College of Chest Physicians for Government Relations. And through this friendship, found out that we lived two blocks apart in Deerfield - you all on Oxford....us on Kenton. It is a small world indeed.

He was a great mentor to me and to many at ACCP. He will be missed by all of us.

Please accept my condolences on your loss.

His life was too short on earth but will forever be in our hearts. Our meeting was brief but the memory will be forever present. My sincerest sympathy to Edith, Laura and Doug. Melva Hull

Edith, Laura, & Doug Jr - When Brother John called last night, I was shocked to hear about Doug. We talked for about 15 minutes, so he brought me up to date. Doug was so good to Mom & Dad and later to Dad. What a special man. My deepest sympathies to you all.
Bill Jr

Doug and I were best of friends in high School. I have not visited with him for years. Never the less he will be missed. My condolences to all of the family.

I am so sorry for the loss of your father. My thoughts and prayers are with you.

The attached photos are added to the memorial of Dr. Douglas R. Gracey to help share their legacy.