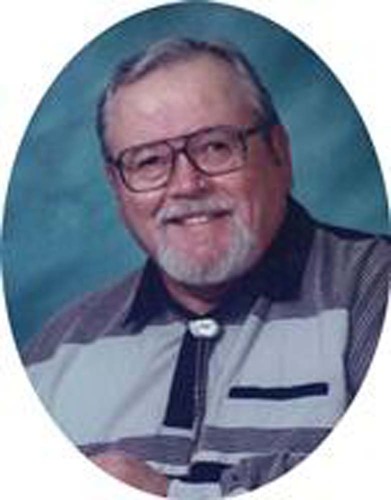 Funeral services for Howard R. Ralston, 79 of Rochester, MN will be at 4:00pm on Saturday, June 26, 2010 at Ranfranz and Vine Funeral Homes with the Rev. Andy Kumpel, Rev. Tom Johnson and Rev. John Landmark officiating. Visitation will be 1 hour prior to the service Saturday at the funeral home. Burial will be at Oakwood Cemetery on Monday, June 28, 2010.Howard R. Ralston was born on April 6, 1931 in Petersburg, ND to Arthur Clyde and Ruth (Bergene) Ralston. He died at home June 22, 2010 after a courageous battle with cancer.Howard graduated from Petersburg, ND High School, Mayville State and the University of North Dakota, with a Master degree in Education/Art. He married Aleta Michael on July 16, 1955 in Spokane, WA. Howard served in the United States Air Force from November 1952 and was discharged in 1956 in Spokane, WA. The couple moved to Rochester from Grand Forks in 1964 and Howard was an art teacher in the Rochester school system for 37 years, and a lifetime Artist. Howard attended Autumn Ridge Church, New River AG, Gloria Dei Lutheran Church and AA. He enjoyed painting, golfing, playing cards, traveling, baseball, football, and spending time with his grandsons, his large family and numerous friends.Survivors include his daughters, Marie Weeks of Mankato, MN and Michele Goodsell of Mankato, MN; his son, Michael Ralston of Edina, MN; grandsons, Travis, Ross and Grant Goodsell; special friend, his "third daughter", Jill McGuire of Red Wing, MN, sister Faye Sturlaugson of Grandforks, ND brother, Don Ralston of Petersburg, ND, and numerous nephew, nieces, grand nephews and grandnieces.. He was preceded in death by his parents, his wife, Aleta, brothers Leslie, Lynn, Verne, Bob, Jack, and his son-in-law, Larry Weeks.In Howard's own words, " It has been a good and fulfilling life. I thank the Good Lord for the gift of life that he has given to me, rich with all the blessings of the past 79 years with my family and friends." Memorials can be directed to the Gift of Life Transplant House or Samaritan's Purse.Ranfranz and Vine Funeral Homes 5421 Royal Place NW Rochester, MN 55901 (507) 289-3600www.ranfranzandvinefh.com

Mr. Ralston was my art teacher at John Adams Middle School in the mid 1980's. I have always remembered him fondly. As a teenager I was very awkward and shy and always afraid of doing the "wrong" thing. I remember asking him once where I should put my name on a picture I had painted. He just looked at me and said "You know, some decisions in life are hard and that is not one of them". I have used that quote many times in my life since then and thank him for helping me make some easy and not so easy decisions. May he rest peacefully in the Lord's embrace!

The attached photos are added to the memorial of Howard R. Ralston to help share their legacy.