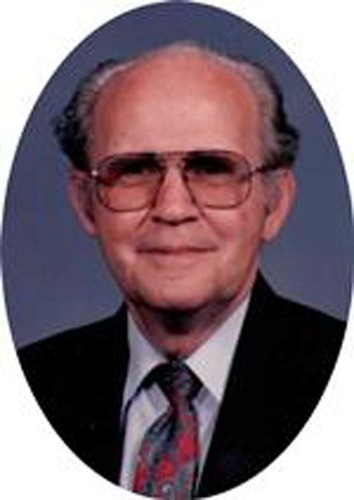 ROCHESTER - Warren R Throndson, 85, died peacefully on Saturday, July 3, 2010 at Seasons Hospice. Warren was born in Hayfield, MN on March 21, 1925 to Aden and Faye (Graves) Throndson. He graduated in 1943 from Hayfield High School with honors. He was a veteran of WWII, serving with the Merchant Marines in the Pacific Theater, coming home and living his life as a member of the "Greatest Generation". Warren married Ellie Bode on December 5, 1948 and they spent 61 years together. He was a member of the Olmsted and Dodge County Historical Societies. Warren retired after 26 plus years of loyal service to the city of Rochester Park and Rec Dept retiring from Mayo Civic Center as their building engineer. He enjoyed dancing, fishing, staying in contact via e-mail with friends, genealogy, and entertaining. Warren especially loved spending his winter retirement at their home in McAllen, Texas with Ellie. The month of February turned into their favorite time of the year as their children and friends arrived the second week of February to spend ten days of fun and laughter in the Texas sun. Warren is survived by two daughters, Sandra (Jim) Sabin, of Rochester, and Bonnie (Mike) Adams, of Dodge Center; three sons, Terry (Deb) Throndson, of Rochester, Ricky Throndson, of Goodhue, and Jan (Kris) Throndson, of Rochester; a sister, Mary Ann Shawback, of Lewisburg, PA; eight grandchildren, Bryan, Kristi, Chad, Brooke, Faye, Erik, Tami, and Ashley; and eight great-grandchildren.Warren is preceded in death by his wife Ellie; his parents; a granddaughter, Kristi Edlund; a sister, Maxine Unger; and a daughter-in-law, Gretchen Throndson.A Funeral Service will be at 10:30 A.M. on Saturday, July 10, 2010 at New Life Worship Center, 6301 34th Ave. NW, with Rev. Phil Shaw officiating. Visitation will be from 4-8 P.M. on Friday, July, 9, 2010 at Ranfranz and Vine Funeral Home and one hour before the service at the church. Burial with military honors will be in Grandview Memorial Gardens.In lieu of flowers, memorials can be directed to Seasons Hospice, Mayo Hospice, or the Soldiers Field Veterans Memorial.Ranfranz and Vine Funeral Homes5421 Royal Place NW, Rochester, MN.(507) 289-3600 www.ranfranzandvinefh.com

I was so blessed by having Warren as a friend. I will miss our phone conversations, discussions of family history, and just enjoying his company in general. He truly was, and is, a treasure, and you have my most sincere sympathy at this profound loss. May God bless you all.

The attached photos are added to the memorial of Warren R. Throndson to help share their legacy.