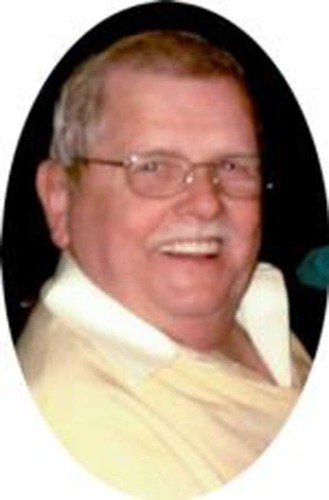 David L. Quimby, 71, of Rochester, died Friday, July 9, 2010 at his home.David Lorenzo Quimby was born February 15, 1939 in Byron, MN to Lloyd and Flos (Hair) Quimby. He graduated from Byron High School. He married Sheila Fischer on May 24, 1968. He was a salesman at Coca-Cola for 32 years. He was a long time Vikings fan. He was a member of the Eagles and the American Legion.David was a loving brother, husband, father, grandfather, and great grandfather. He was also a loyal friend and employee.He is survived by his wife of 42 years, Sheila Quimby of Rochester; six children, Joanna Meyer of Byron, MN, Dawn Rasmussen of Byron, Danny Quimby of Elgin, MN, Donny (Vicky) Quimby of Byron, Ken (Chris) Quimby of Savage, MN, and Kelly (Todd) Dee of Rochester, MN; 17 grandchildren, Rob, Todd, Jennifer, Sonja, Shane, Amanda, Amber, Alicia, Heather, Michelle, Nick, Katrina, Crystal, Dawson, Connor, Allison, and Hunter; 15 great-grandchildren, Mary Jo, Drew, Jocelyn, Shaylie, Kianna, Owen, Ashlyn, Nathan, Allie, Abbie, Isak, Logan, Rayah, Jaxson and Jaymeson; two sisters, Irene Reinke of Rochester and Violet (Ronny) Phelps of Rochester; and his beloved cat, Eunice. He was preceded in death by his parents; two sisters, Arlene and Evelyn; and one brother, Bill. A funeral service will be held at 11:00 a.m. on Wednesday, July 14, 2010 at Byron United Methodist Church. Entombment will be in Grandview Memorial Gardens. A visitation will be Tuesday, July 13, 2010 from 5:00 - 8:00 p.m. at Ranfranz and Vine Funeral Homes and one hour prior to the service on Wednesday at the church.

I love you and miss you very much and the only thing I have to say is that your legs don't hurt anymore, do they baby?

Sheila and Family,
My prayers and sympathy go out to all of you. Dave was a wonderful father grandfather and friend to so many and will be missed by all who knew him.

So sorry to hear about Dave. our thoughts and prayers are with your family at this time.

Thank you Dad for many laughs, lessons and love. You will be missed.

The attached photos are added to the memorial of David Lorenzo Quimby to help share their legacy.