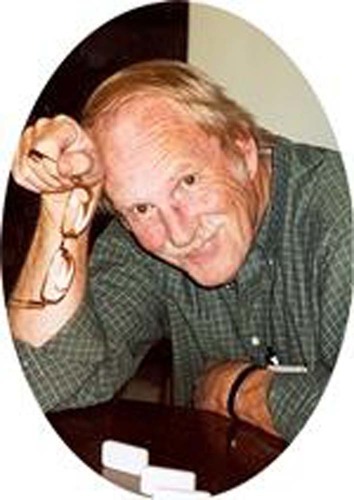 Donald B. Wilder - Rochester, MNThere will be a celebration of the life of Don Wilder at Ranfranz and Vine Funeral Homes (5421 Royal Place NW, Rochester) on Tuesday, September 7, at 1:30 p.m. co-officiated by Pastors Norman Witt and Gary Titusdahl. Visitation will be one hour before the service and immediately following.Don died when he closed the door on cancer and went home to God on August 28, 2010.Don was born in Rochester on August 22, 1936, to Leon and Laura (Burbank) Wilder. He graduated from Rochester High School in 1954, attended the Minneapolis School of Fine Art and graduated from Winona State University with a bachelor of science in education with Fine Art in Depth.On December 26, 1959, he and Judith (Judy) Wiebold were married and they celebrated their fiftieth wedding anniversary in 2009. Don's best friends were his wife, Judy and his son, Mark. His life was made complete by his daughter-in-law, Julie and grandchildren, Laura and Jacob.Over the years, Don worked for Magnetic Controls, Minneapolis Honeywell, Jostens and Vogel Outdoor Advertizing before he began his careeer as a free lance artsist working from his home studio (Sundown Studio). He and his wife Judy owned and operated Sundown East Art Gallery in Alma, WI where they became involved in the community and added to their lifetime congregation of wonderful friends.Don served in the Minnesota Air National Guard and the U.S. Air Force during the Berlin Crisis of 1961.In his younger years and on outdoor ice, Don played hockey and was a goalie in the Southern Minnesota Hockey League playing for the Owatonna team, for the Rochester Colts and serving as back-up goalie for the Rochester Mustangs. He enjoyed playing horseshoes and softball, loved family gatherings and always pitched in the family softball games. He was a student of the Bible and loved road trips with Judy...always stopping along the way to visit public gardens and fine art galleries.Don was a member of the Presbyterian Church of Oronoco and one of the founding members of SEMVA (Southeastern MN Visual Artists) gallery in Rochester.Don was preceded in death by his parents; his brother, G. Darwin Wilder; and his parents-in-law, Leo & Arliss Wiebold. He is survived by his wife, Judy; son, Mark; daughter-in-law, Julie (Arvison); grandchildren, Laura and Jacob; sister, Beverly (Roy) Watson of Rochester; brothers, DeVaughn (Wilma) Wilder of Boise, Idaho and Clark (Gail) Wilder of Corolorado Springs, CO. He is also survived by brothers and sister in law, Sharon and Rollie Nannestad, Kasson, MN, Robin and Ken Lorensen, Golden, CO, Bonnie and Rod Klingsporn, Pilot Point, TX and Mary and Teryl Armstrong, Mantorville, MN; and many special nieces and nephews and their families.Memorials are suggested to the Presbyterian Church of Oronoco.

We are so sorry to hear of Don's death. Your family has been in our thoughts and prayers this last week.

Our thoughts are with you Judy, Mark and your family. Don was a good man and will be missed by many.

Our sympathy to the family of Don, Sondra Ellsworth Glasenapp, a class of 1954 graduate with Don.

So sorry to hear of Don's passing. God Bless

Sincere sympathy to the family of Don.

The attached photos are added to the memorial of Donald B. Wilder to help share their legacy.

Please help memorize Donald B. Wilder by recording your attendance below.