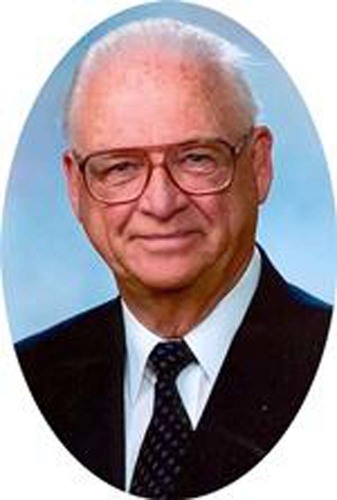 A memorial service for Dr. Joachim L. Opitz, 83, of Rochester, MN will be held at 11:00 a.m. on Saturday, September 11, 2010 at First Presbyterian Church in Rochester. A light lunch will be served immediately after the service when the family would like to greet friends.Joachim Ludwig Opitz was born in Goettingen, Germany on May 15, 1927 to Guenther and Margarete (Friese) Opitz. He died on August 28, 2010 at Charter House.Dr. Opitz attended Medical School in Bern, Switzerland (1947-48) and in Goettingen, Germany (1948 - 53) where he received the doctor of medicine degree in 1953. He interned at the Pathological Institute of the University of Bern, Switzerland (1953) and at the Rochester General Hospital in Rochester, NY (1954 - 55). He was a Resident in Internal Medicine at the Rochester General Hospital (1955 - 56) and became a Fellow in Medicine at the Mayo Clinic in 1957. He was appointed Assistant to the Staff of Mayo Clinic in Physical Medicine and Rehabilitation (PM & R) in 1961 and to the staff of Mayo Clinic as Consultant in the section of PM & R in 1963. He was appointed Instructor in PM & R in 1968, Assistant Professor in 1973, Associate Professor in 1979 and Professor in 1989. Dr. Opitz became Professor Emeritus in PM & R in 1992, and then served as Executive Director of the American Board of PM & R from 1992 - 1995. He received in 1963 the Master of Science Degree in Internal Medicine from the University of Minnesota. He was Board Certified in PM & R in 1965.Dr. Opitz served as member (or chair) of numerous committees at Mayo Clinic relating to hand rehabilitation, cardiac rehabilitation, spinal cord injuries, geriatrics, patient and family education and medical continuing education. He was a member and/or chair of a variety of extramural medical associations and committees including the American Congress of Rehabilitation Medicine, the American Spinal Cord Injury Association, the Association of Academic Physiatrists, and the American Academy of PM & R. His major interest was in the area of education. He was appointed to the AAPM & R's Committee on Continuing Medical Education in 1968 and was a firm and dedicated leader in the development of the AAPM & R's undergraduate, graduate, and postgraduate education programs, chairing a number of the respective committees. He developed the Self Examination Program for residents in PM & R. Under his leadership, the Medical Education Committee further developed a comprehensive syllabus, later known as the Self-Directed Medical Knowledge Program, the definitive study guide for continuing medical education in physiatry. He organized the Committee on Special Interest groups. He served as President of the AAPM & R 1987 - 88.Dr. Opitz was the recipient of numerous honors: The 22nd Walter J. Zeiter Lecture (1989), sponsored by the AAPM & R; the 11th Annual Licht Lectureship (1990), sponsored by the University of Minnesota Department of PM & R and the Minnesota Physiatric Society; the "Teacher of the Year" Award by the residents in PM & R at Mayo Clinic (1990); and the Frank H. Krusen Award (1992) of the AAPM & R. His bibliography includes dozens of publications, posters, abstracts and editorials. In the early years of his retirement Dr. Opitz did research on the history of the Mayo Clinic Department of PM & R (1911 - 2002), which was published, with Dr. Robert Depompolo as co-author, in 2005.Dr. Opitz loved his family and enjoyed spending time with them. He enjoyed music from childhood on, singing in choirs and playing recorder, traverse flute and bassoon with various chamber music groups. He loved nature, especially canoeing in the Boundary Waters and skin diving. Since his childhood he had been active in churches in the respective cities where he was living. Survivors include his wife, Anneliese of Rochester; son Mark (Lisa) Opitz and their children Ellen and Peter, all of Middleton, WI; daughter Susan Opitz of Minneapolis, MN; a sister, Marianne (Goetz) Wiese of Celle, Germany; and 2 brothers, Ulrich (Ruth) Opitz of Landserg, Germany and Manfred (Helga) Opitz of Hannover, Germany. Dr Opitz was preceded in death by his parents.In lieu of flowers, the family prefers memorials be directed to Habitat for Humanity or Heiffer InternationalRanfranz and Vine Funeral Homes, 5421 Royal Place NW, Rochester, MN 55901 (507) 289-3600 www.ranfranzandvinefh.com

Dear Anneliese, Mark, and Susan and families, You have my sincere sympathies. I taught Susan and Mark at Bamber Valley and enjoyed working with You and Dr. Opitz. Bless all of you.

I will remember Jochim as a great teacher and a leader.

The attached photos are added to the memorial of Dr. Joachim L. Opitz to help share their legacy.