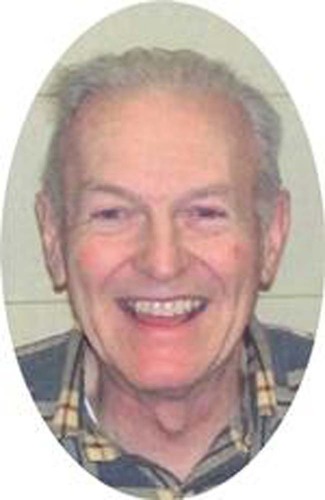 ROCHESTER - With grace and dignity, Terrance Arthur Paske passed away on Tuesday, August 31, 2010 at the St. Elizabeth's Health Care Center in Wabasha following a five-year fight with posterior cortical atrophy, a form of Alzheimers/dementia; he was encircled and embraced by his heart-broken family.He deserved many more years on this Earth, yet he never complained, but rather faced his daily struggle with courage and strength that family and friends were privileged to share. He was a model for all of us to look up to. Terry was born to Carlyle "Pete" Paske and Lela (Ferguson) Paske on June 10, 1939 in Winnebago, MN. He and his family moved to Rochester in 1956 and he graduated from Rochester High School in 1957. He attended the University of Minnesota majoring in mechanical engineering. He was hired by IBM in 1960 and retired from the corporation as a senior systems analyst after 35 years. In 1961, Terry and Elaine Merry were married on September 30, two months later he was drafted in the US Army and stationed at Fort Meyer Arlington, VA where he was with the 7th Data Processing Unit, Personnel Accounting Specialist in the fifth basement of the Pentagon. Terry's treasured daughter, Sharon Kaye, was born in Fort Belvoir, VA on May 2, 1963. After two years of service, he returned to IBM and Rochester. In his early years, Terry enjoyed building and drag racing hot rods, always wanting to work on the engines to improve performance and to design and modify the exterior to create a more refined, efficient car. Terry always had 4 or 5 cars around to keep running. Terry was a very intelligent man - a very strong sense of the right thing to do, with a kind and gentle demeanor- a gift to all of us. His interest in building and flying model airplanes started around 1975 and this became his favorite hobby. He belonged to Rochester Aero Model Society (RAMS) and flew at their beautiful field every chance he had, including the New Years Day Fly-In. Terry is survived by his wife of 48 years, Elaine, of Rochester; his daughter, Sharon Kaye Harrington, of Zumbro Falls, MN; and a brother Thomas (Sue) Paske, of Oronoco, MN. Terry is preceded in death by his parents. Terry requested his remains be cremated. While no formal funeral service is planned, a memorial service will be held later in the month. Special thanks go to Saint Elizabeth's Health Care Center for their humane care and understanding that made Terry's and his family's difficult journey a little easier. Rest in Peace, Terry.My memories of love will be of you ~ John Denver.Ranfranz and Vine Funeral Homes5421 Royal Place NW, Rochester, MN.(507) 289-3600 www.ranfranzandvinefh.com

Had the distinct pleasure of working with Terry. Many intriguing discussions that many times left us both unsatisfied but continually seeking. He certainly had my utmost respect professionally. But even more importantly his keen sense and nature brought forth a wonderful example of how to expand knowledge and cherish life on a personal level.

All the Best to the Paske Family.
Sincerely Greg Cooper

The attached photos are added to the memorial of Terrance "Terry" A. Paske to help share their legacy.

Please help memorize Terrance "Terry" A. Paske by recording your attendance below.