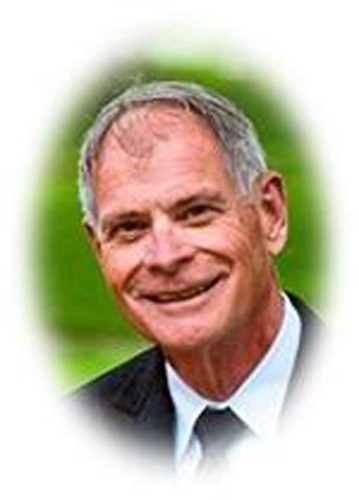 Horace Osborne Hallman, Jr. died at home on Monday, September 6, 2010. Born in Sunbury, PA on December 16, 1941, Horace served as a Physical Therapy Technician in the Navy from 1960-1963 before returning to Pennsylvania to attend Lockhaven University where he graduated with a degree in biology. After teaching middle and high school science for a semester, he entered the Mayo Clinic Physical Therapy Program in 1968 and upon completion became the director of the Physical Therapy Program at the Rochester State Hospital for three years. Joining the faculty of the Mayo Physical Therapy Program in the School of Health Related Sciences in 1973, for the next 30 years Horace taught, coordinated clinical experiences for students, and assisted the program in advancing from a post-graduate to a Masters and then to a PhD program.On September 8, 1973, he married Jane Frances Kuehl in Elkport, Iowa. Horace was passionate about his family and his role as an educator. Throughout his life, he was an avid trout fisherman, woodworker, and gardener and in later years he became a cross-country bicycling and running enthusiast. For several years he served with the Rochester Police Reserve Unit. A member of First Presbyterian Church, Horace served as an elder, a Chancel Choir member, and was involved with their Mission and Festival of Music programs.Following his retirement in 2003, he joined the Sargent's on Second family as a part-time employee. He also became active in the Rochester Methodist Hospital Auxiliary and the Southeast Minnesota Red Cross and was deployed to several national disasters.Horace is survived by his wife, Jane; his mother, Grace; sons, Matthew of Seattle, Washington and Stephen of St. Paul; daughter and son-in-law, Melanie and Nathan Herrington of Minneapolis; sister and brother-in-law, Caroline and Wes Fergusson of Glen Allen, VA; and sister-in-law, Sue Stott of Elkader, IA.A memorial service will be held on Saturday, September 11 at 4 p.m. at First Presbyterian Church, Rochester, with the Rev. Roger Ring and the Rev. Carol Shaffer officiating. In a separate private service, Horace's ashes will be interred in the First Presbyterian Church columbarium.A gathering for family and friends will be held at Ranfranz and Vine Funeral Homes on Friday evening, September 10 from 4 -7 p.m.Horace requested that your tributes to him be in support of one of the organizations to which he dedicated so much of himself. These include First Presbyterian Church Festival of Music Program, Rochester Methodist Hospital Auxiliary, Southeastern Minnesota Chapter of the American Red Cross, and Seasons Hospice.Ranfranz and Vine Funeral Homes, 5421 Royal Place NW, Rochester, MN 55901 (507)289-3600www.ranfranzandvinefh.com

Our deepest sympathies to you all. Horace was a very special person, I enjoyed working with him for the 13 years we were in the Siebens Building.

The attached photos are added to the memorial of Horace Osborne Hallman, Jr. to help share their legacy.