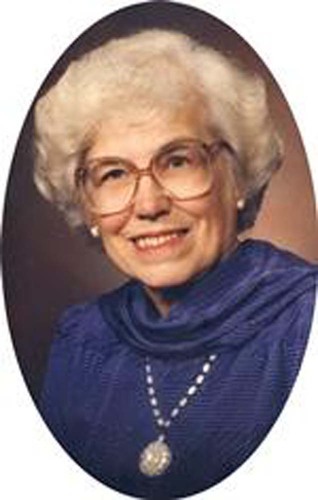 ROCHESTER - Ruth S. Mortensen, 94, died Thursday, September 9, 2010 at Samaritan Bethany Heights in Rochester. Ruth was born in Sioux City, IA on July 7, 1916 to Walter and Rose (Storm) Sloan. She graduated from Sioux City Central in 1932. Ruth received a Bachelor of Arts from Morningside College in 1938 and later attended Eastman School of Music and received her Masters Degree from UNI in 1973. Ruth married Mark A. Mortensen on June 29, 1946. She lived in Clinton, IA from 1946 to 2008.Music was very important to her and she was a concert pianist. She taught music for three years at Davenport, West Des Moines, and Ogden. She later taught music for 30 years at Camanche High School, retiring in 1983. During her teaching years, she directed a Swing Choir, many dinner theaters and musical productions. She was the choir director at the Evangelical Free Church in Clinton and was a director of the Clintones of Clinton until she was 90 years old. Ruth also enjoyed painting. Ruth is survived by six children, Jeanette (Ed) Bishop, of Norman, OK, Steve Mortensen, of Carmel Valley, CA, Stan (Sharron) Mortensen, of Steambrook, IL, Bruce Mortensen, of Tucson, AZ, Scott (Valerie) Mortensen, of San Antonio, TX, and Nancy (Alan) Bentley, of Rochester, MN; her sister, Carol Wheeler, of Burnet, TX; 17 grandchildren, 11 great grandchildren, and one great great grandchild.Ruth is preceded in death by her husband, Mark; her parents; her son, Kent; and her brother, Paul.A private family burial will take place at Graceland Cemetery in Sioux City, IA.

She was our Swing Choir director while I lived in Camanche. Several of the past members of the choir have been talking about our past experiences with her and as a singing group. My sincere best regards to all of your family. She was an absolutely wonderful person.

The attached photos are added to the memorial of Ruth S. Mortensen to help share their legacy.