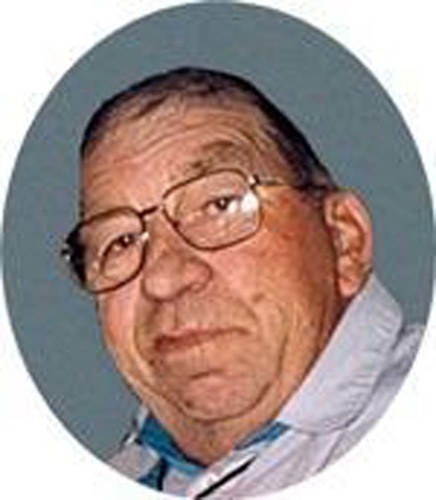 ROCHESTER, MINN: Wayne D. "Weiner" Radke, 74, died Saturday, November 27, 2010 at Golden Living Center East.Wayne Dell Radke was born March 4, 1936 to Paul and Beulah (Newell) Radke in Rochester, MN. Wayne served in the Army and later married Charlene Tollefson on April 2, 1960 at the Little Brown Church in Nashua, IA. He worked as a taper for various union contractors. Wayne loved to hunt, fish, and especially enjoyed spending time with his family and friends. He was an avid Twins and Vikings fan, and enjoyed watching his two granddaughters play sports.Wayne is survived by his two children, Shelly Crosby, Phoenix, AZ and Scott (Peggy) Drews- Radke, Rochester, MN; five grandchildren, his two sisters, Donna Hendrix, Genoa, MN and Gail (David) Hovey, Byron, MN; his two brothers, Ronald Radke, Kasson, MN and Russell (Kathy) Radke, Rochester, MN. He was preceded in death by his parents, his wife Charlene, his daughter Penny, his grandson Matthew, and his four brothers, Orville, Roger, Paul Jr., and Eugene.A Memorial Service will be held at 1:00 p.m. on Friday, December 3, 2010 at Ranfranz and Vine Funeral Homes' Chapel. Visitation will be held one hour before the service at the funeral home. A private family burial will be held at a later date. Ranfranz and Vine Funeral Home, 5421 Royal Place NW, Rochester, MN 55901, 507-289-3600, www.ranfranzandvinefh.com.

Jenny, I know how much you loved your grandpa and you will miss him dearly. My thoughts and prayers are with you and your family.
God Bless
Gigi

Wayne, God sure broke the mold when he created you. I'll miss your laughter. You were one of a kind, I'll miss you.
Love,
Rita and Family

I'm so sorry to hear your dad passed away. He was such a nice person. When I was married to Craig, we spent a lot of time with your family. I remember many good time with your dad and the Radke families.

The attached photos are added to the memorial of Wayne "Weiner" Dell Radke to help share their legacy.