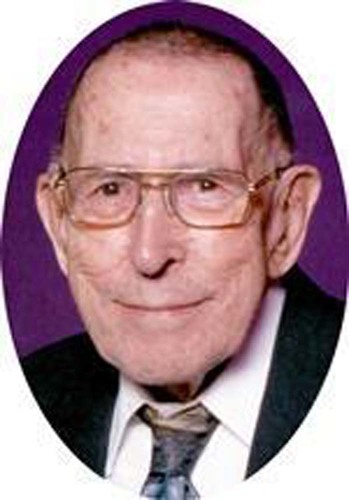 Rochester, MN - The funeral for Donald W. Budahn, 86, of Rochester will be at 11 a.m. Friday December 10, 2010 at Ranfranz and Vine Funeral Home in Rochester, MN. With Pastor Mark Woodward officiating. Interment will be at the National Cemetery Fort Snelling.Mr. Budahn died peacefully Tuesday, December 7, 2010 at his home in Rochester.Donald Wayne Budahn was born December 30, 1923 in Dexter, MN to Louis and Lillian (Sukow) Budahn. He grew up in Dexter and graduated from Austin High School in June of 1942.In June of 1943, he was drafted into the United States Army Air Force, where he served in Italy with the 15th Air Force, 485th Bomb Group as a tail gunner on a B24 until November 1945. He delivered for Marygold Dairy for 2 years, and then returned to the military enlisting in the United States Air Force in November 1947. On June 15, 1949 he married Letty Cooper at the Methodist Church in Dexter, MN. After they married, Don and Letty were stationed at Ladd Army Air Field in Fairbanks, Alaska for one year. They returned state side in July 1950. They were stationed at different bases throughout the US and were also stationed in England for 3 years. Donald served in Saudi Arabia for 13 months, and spent 18 months in the Azores Islands. He retired with 20 years of service as a Staff Sergeant in August 1965. Upon retiring from the United States Air Force he was employed at Telex Communications of Rochester for 23 years, retiring from there in 1989.Mr. Budahn is survived by his wife Letty, 3 sons; Bruce (LuAnn) of Austin, Richard (Karen) of Chatfield, Clayton of Peoria, IL, and daughter Susan (Lyle) Klaassen of Oronoco; 10 grandchildren, 5 great-grandchildren, and many nieces and nephews. He was preceded in death by his parents and his brother Edsel Budahn.A visitation will be held Thursday December 9, 2010 from 6 p.m. To 8 p.m. And one hour before the service at Ranfranz and Vine Funeral Home. In lieu of flowers, the family requests memorials to Seasons Hospice of Rochester or Historic Lenora Church, Lenora, MN. Ranfranz and Vine Funeral Homes 5421 Royal Place N.W. Rochester, Mn. 55901 (507) 289-3600 www.ranfranzandvinefh.com

My deepest sympathy. You sure will be missed by this neighbor.

Clay and the Budahn family... Words seem inadequate to express the sadness I feel of hearing the loss of your father, a husband, and a grandfather. I wish I had the words that would take your pain away but sometimes words are not enough. May the memories of the love you shared with your father give you strength and comfort in the days ahead. My thoughts and prayers are with you and your family during this difficult time.

The attached photos are added to the memorial of Donald W. Budahn to help share their legacy.