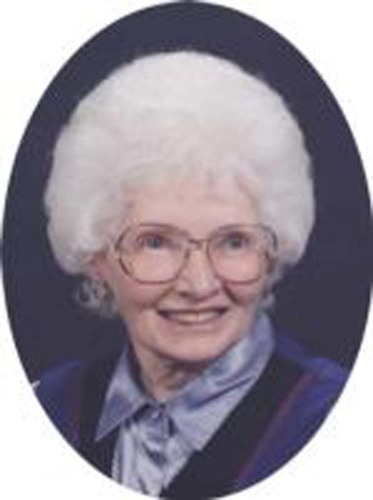 Rochester - Veleita I. Campbell (Mason), age 89, of rural Rochester, died Wednesday, December 22nd at home surrounded by family.Veleita was born on December 7th, 1921 in Owatonna, MN, the daughter of Clifford & Mildred (Quimby) Mason. Veleita graduated from Rochester Central High School and then continued her education at the Minnesota School of Business. She married Stanley A. Campbell on January 27th, 1943 in California. He survives. He was serving in the Army Air Corp at the time. They later returned to the Rochester area and opened a small grocery store in Marion, which they owned until 1969. Veleita then worked for the Rochester School district as a secretary until 1995.Veleita's first love was her family. She enjoyed time spent with her children, grandchildren and great grandchildren. Her faith in God was very strong and she enjoyed bible study. She loved animals and cared for several strays that her children brought home. She also made the world's "best" apple pies.Veleita is survived by her children Rebecca Campbell, Karen (Jim) Flury, Linda (Chuck) Lunde, of Rochester, Howard (Nancy) Campbell of Byron & Donna (Jim) Loehr, of Rochester. Her grandchildren, Rainie (Rick), Lynette (Shane), Drew (Jamie), Sam (Tamara), Pat (Krystal), Colin (Anne), Joe (Carrie), Jake (Jana), and her step-grandchildren Brian & Brad (Karissa). Her great-grandchildren, Kadie, Abbe, Kolton, Tucker, Kylie, Parker, Huck, Mya, and step great-grandchilren, Kyra, Kadyn, & Baron, plus several nieces and nephews. Veleita was proceeded in death by her parents and her brother, Darrol.Funeral services will be held at 2:00 pm, Tuesday, December 28th at Marion Church of Christ with Dr. Rick Walston officiating. Reviewal will be one hour before the service. She will be cremated and her burial will be in the spring.Our lives will be less without her. Thank you Mom for all you did.

The attached photos are added to the memorial of Veleita Irene Campbell to help share their legacy.