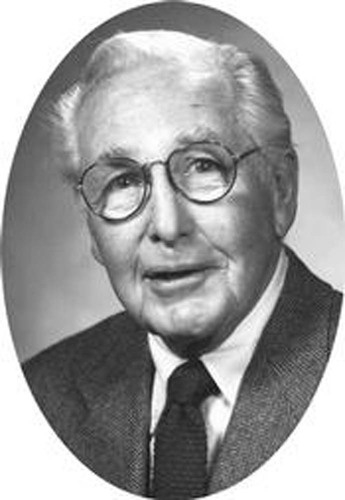 A Memorial Service for Dr. Martin Adson will be held on Wednesday, February 23rd at 11:00am in Saint Marys Hospital Chapel with a reception to follow at the Elizabethan Room of the Kahler Grand Hotel from 12:30 until 3:00pm. Martin Alfred Adson, 86, died at on Tuesday, February 15 at Season's Hospice following a lengthy illness. Burial will be at a later date at Spider Lake Cemetery in northern Wisconsin. Doctor Adson was born on November 26, 1924 in Kansas City, Missouri and adopted by Dr. Alfred and Lora Adson of Rochester, MN. Dr. Adson married Lois Hunt in 1948 and they had five children. They were later divorced. In 1983 Dr. Adson married Dr. Patricia R. Silverstein.In 1949, following completion of medical school at the University of Minnesota and internship at the University of Pennsylvania, Dr. Adson entered the Mayo Graduate School of Medicine. His training was interrupted by service in the United States Army. Upon returning to Mayo he completed his training in 1956 and was appointed as Consultant in the Department of Surgery in 1957. He was named the James C. Masson Professor of Surgery at the Mayo Medical School in 1974-1981. Dr. Adson was the author of over one hundred scientific articles and several chapters in surgical textbooks. He was active in numerous state, national, and international professional societies and served as president of the Western Surgical Society, the Minnesota Surgical Society, and the International Hepatobiliary and Pancreatic Society. Dr. Adson was the recipient of many honors, including the Mayo Distinguished Alumnus Award. He was proud to have been elected President of the Mayo Clinic staff in 1977, invited to deliver the first Harrison lecture in 1994, and honored by the Priestly Society in 2004.In addition to his contributions to gastrointestinal, pancreatic and liver surgery Dr. Adson is well known for his enduring interest in the physician- patient relationship and the role of the Mayo Clinic in continuing to foster that relationship as the clinic grew and the delivery of patient-centered health care faced many challenges. Following his retirement from surgery in 1988 he continued to pursue this interest in his many writings and talks and his active involvement in the Humanities and Medicine Committee and the Mayo Medical School Human Values in Medicine Curriculum Committee. His life-long involvement with and concern for the Mayo Clinic continued as long as he was able to write. His last contribution to Mayo publications was an article on his optimistic view of the future of Mayo published last summer. Outside of his busy surgical practice Dr. Adson maintained many interests. He and his family enjoyed weekends on the water, first on the Mississippi River, later on Spider Lake in northwestern Wisconsin and later still in California. Dr. Adson was a skilled woodworker, an avid reader and debater, and loved classical music and jazz. He planted trees wherever he lived and was well known as an excellent cook.Dr. Adson is survived by his wife, Patricia, his children, Dr. Martin Adson, Dr. David Adson (Meg), Lucy Klettenberg, and Amy Adson, all of Minneapolis, step-children, Dr. Judith Currier (Jesse), Santa Monica, CA, Jennifer Van Homer, Santa Barbara, CA, and Jay Silverstein (Kelly), Sebastopol, CA, and grandchildren, Amber, Teresa, and Isabel, and step-grandchildren, Andy, Evyn, Miles, Grant, Noah, and Mason. Dr. Adson was predeceased by his parents, brother, William, sister, Mary, daughter, Lora Adson Trudell, and two step-sons, Andy and Ted Silverstein.Memorials are preferred to Mayo Hospice Program 200 1st St. SW, Rochester, MN 55903.Arrangements entrusted to Ranfranz and Vine Funeral Homes. To share a condolence please visit www.ranfranzandvinefh.com

I was very sorry to hear of Martins death. I have many fond memories of working with him at various times in his shop. He would speak not to woodworking specifics, but to the concept of woodworking-- the philosophy of woodworking. We swapped tools occasionally and I still have a pair of pliers that belonged to him. I think of him every time I use them

Dear Adson Family, My husband Rocky Daly is out of town. Rocky was not listed as one of your sons, but to listen to stories over the last thirty years by Rocky, one would think Rocky was one of your's. Dr. Adson was truly one of Rocky's greatest mentors over the years. We are honored to have been included in your lives. Thank you and please accept our deepest sympathy.

Dear Pat,
I am so sorry to hear of Dr. Adson's death. From what you told me, you two were quite the dynamic duo. I appreciate the energetic activities you both enjoyed. Therefore, I have a great admiration for the ,"Adsons!". My sympathies to every family member.

What a beautiful obituary on Dr. Adson. I personally worked taking care of Dr. Adson's patients at St. Mary's in the early to mid 1980's. He was the most compassionate doctor, and well liked by the staff who took care of his patients. He was a true example of the type of care he provided, and always the Mayo way of putting the needs of the patient first. My sympathy to Dr. Adson's family. He was a great Man and Doctor.

What a beautifully written biography for a truly great man. Peace be with you Dr. Adson. And all love to your family.

Pat and Family,
I am sorry for your loss and at the same time happy for all that Martin has been during his time on this earth. I loved him dearly and am grateful for the gifts he gave me.
Love,
Tina

Marty was a friend and colleague of Jack's for many years. He will be missed at Poets lunch. We send our sincere sympathy to Pat and their families.

Our condolences to all of you in the loss of a wonderful husband, father, grandfather and friend. We are grateful that we knew Martin and could experience his warmth, wit, hospitality and great food.

Pat,
Thinking of you and your family. I enjoyed my visits with you and Martin so much. He was quite the man-----wisdom, humor, and stubborness!!! Peace to you. Dianne

The attached photos are added to the memorial of Dr. Martin A. Adson to help share their legacy.

Please help memorize Dr. Martin A. Adson by recording your attendance below.