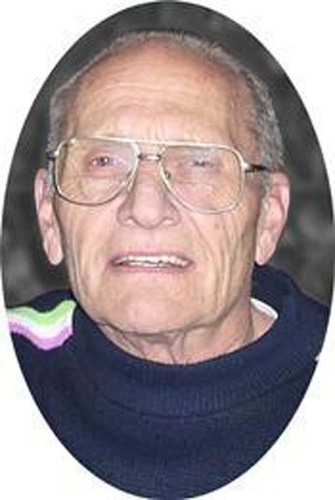 ROCHESTER - Gerald "Jerry" N. Holmes, 77, died on Friday, March 11, 2011 at his home in Rochester surrounded by his family. Jerry was born in Rochester, MN on June 9, 1933 to Neil and Ella (Vick) Holmes. He served in the U.S. Army in Korea. Jerry married Martha Erickson on October 22, 1955 in Rochester. He worked in Rochester as a plumber for most of his life. Jerry enjoyed bowling, fishing, dancing, watching TV, and snowmobiling. Jerry is survived by his wife of 55 years, Martha; four children, Scott (Janet) Holmes, of Oronoco, Holly (Mark) Dison, of Rochester, Tammy (Mike) Har, of Minneapolis, and Todd (Sue) Holmes, of Kasson; a sister, Betty Lou (Ron) Winchester, of Seattle, WA; grandchildren, Andrew Holmes, of Oronoco, Josh (Kristine) Newer, of Rochester, Jacob Dison, of Rochester, Kierra Dison, of Rochester, Tate Dison, of Rochester, Nicole Fischer, of Minneapolis, Erica Craig, of Minneapolis, Travis Holmes, of Dover, Nicole and Katie Sorensen, of Kasson, and Katie Tangen, of Dover; and four great grandchildren, Donoven Holmes, of Rochester, and Hunter, Joslin, and Adriana Newer, of Rochester.Jerry is preceded in death by his parents; two sisters, Barbara Holmes and Mary Jane Gentling; two brothers, Robert and Gordon Holmes; and a grandson, Jeremiah.A Funeral Service will be held at 11:00 A.M. on Tuesday, March 15, 2011 at Ranfranz and Vine Funeral Home. Visitation will be an hour prior to the service at the funeral home. In lieu of flowers, memorials can be directed to Mayo Hospice. Ranfranz and Vine Funeral Homes5421 Royal Place NW, Rochester, MN.(507) 289-3600 www.ranfranzandvinefh.com

Words are not enough to describe how special this entire family is to me! Jerry will be deeply missed and thought of daily. My heart goes out to each of you during his passing. May God and Jerry walk with us each day!

The attached photos are added to the memorial of Gerald "Jerry" N. Holmes to help share their legacy.