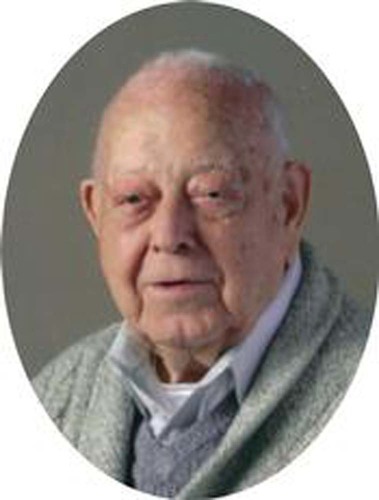 Robert F. Collen, 94, of Rochester, Minn. died Tuesday morning, April 5, at Charter House. He was born Nov. 9, 1916, to George and Grace Collen of Mason City, Iowa. Robert graduated from Mason City High School and received an engineering degree from Iowa State College in 1941. He served as a lieutenant with the Fleet Maintenance Division in the U.S. Navy from 1941 to 1946 during World War II.Bob married Gladys Blair in Washington, D.C. on Nov. 9, 1945. They raised three children in Naperville, Ill. sadly burying their youngest, George, who succumbed to muscular dystrophy at the age of 12. Bob worked as a division vice president at Northern Illinois Gas Company. He retired in 1975. He also served on the Naperville City Council from 1979 until 1981 for one term, taking part in the River Walk project and Sesquicentennial program. During his time in Naperville, he volunteered as an Ambassador of Mercy to the largest single United Way campaign in any state in the nation in 1975. He also was the Superintendent of Sunday Schools at Faith United Protestant Church when the family lived in Park Forest, Ill. Bob and Gladys loved to golf, and Bob ended up with a handicap of eight that put him at a disadvantage when they moved to Sun City West, Ariz. upon retirement.When Gladys was diagnosed with breast cancer, Bob cared for her through her struggle with the disease. She passed away in 1995. They were married 49 years. After moving to Rochester, Bob got involved with volunteering at Rochester public schools, the Kiwanis, Rochester Public Library and helped with refurbishing computers for students in Rochester School District. He loved to sing in the Charter House chorus. He also loved a good meal, rarely turning down home cooked desserts. He is missed by two daughters, Bev (Dave) Lewis of Rochester, and Lola (Russ) Brielman of Eureka, Ill.; five granddaughters: Sherry (Ken) Silverthorn, Jeni (Lucius) Jonett, Katy (Bob) Harvey, Debbi (Matt) Regennitter and Linda (Joshua Mayotte) Brielman; his great grandchildren: Kyle, Kody and Sydney Silverthorn, Wyatt Harvey and Payton Mayotte; two brothers and one sister. In addition to Gladys and George, he is predeceased by 10 siblings.A memorial service will be held April 30, 2011, at First Presbyterian Church in Rochester at 11 a.m.

The attached photos are added to the memorial of Robert Franklin Collen to help share their legacy.