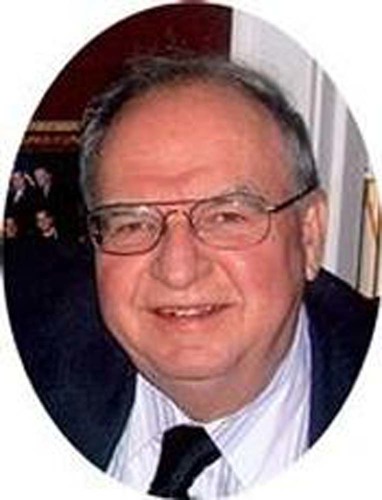 ROCHESTER, MINN: Dennis L. Mongoven, 71, beloved husband, father, and grandfather passed away Saturday, April 30, 2011 at his home in Rochester, MN.Dennis Lee Mongoven was born May 15, 1939 to Francis J. and Vivian (Anderson) Mongoven in Superior, WI. He graduated from Thomas Jefferson High School in Council Bluffs, IA. Dennis served in the Air Force for eight years. On July 25, 1959, Dennis married his high school sweetheart Gloria K. Barron in Council Bluffs, IA. He worked for I.B.M. from 1965 until retiring as a Senior Engineer in 2000. While at IBM Dennis most notably worked on projects that contributed to NASA's space program in the 1970's. Dennis was a long time member of Pax Christi Catholic Church and a volunteer for Rochester Methodist Auxiliary. He was an avid sports fan, enjoyed wood working, and traveling with his wife Gloria during their retirement. Dennis loved spending time with his family and his many friends.Dennis will be deeply missed by his loving and devoted wife of 51 years Gloria; his children, Lisa (Scott) Zacharias, Hopkins, MN, Dennis (Darlene) Mongoven, Apple Valley, MN, Margie (Jeff) Huff, Maple Grove, MN, and Matthew Mongoven, London, England; his seven grandchildren, Michael, Lexi, Phillip, Marissa, Austin, Maddy, and Sam; two sisters, Kay (Gene) Smith, Fort Calhoun, NE and Mary (Charles Sipe) Scott, Omaha, NE; six sister and brothers-in-law and many nieces, nephews, friends and neighbors. He was preceded in death by his parents.A Memorial Mass will be held at 2:00 p.m. on Thursday, May 5, 2011 at Pax Christi Catholic Church. A visitation will be held from 5-7 p.m. on Wednesday, May 4, 2011 at Ranfranz and Vine Funeral Home and one hour before the service at the church. Memorials are suggested to Rochester Methodist Auxiliary, Pax Christi Catholic Church, and Aldrich Memorial Nursery School. Ranfranz and Vine Funeral Home, 5421 Royal Place N.W. Rochester, MN 55901, 507-289-3600, ranfranzandvinefh.com.

Gloria and Family:
I was so sorry to hear of your great loss. Although, I have not been at Aldrich for some time, that does not mean that you have been out of my heart.
I remember what a charming gentleman Dennis was and how you two did so much together.
My prayers are with you.
Love and Hugs,
Alice Mae

My Heart goes out to your family in this time of suffering. Hopefully I will have time to visit with you in the coming days.
Hi Denny, long time no see.
I think it was my wedding reception 12 years ago when we last crossed paths. I hope all else is well with all of your families.

Gloria and Family:
You are in my thoughts and prayers. What a tough thing for all of you to be faced with at this time.
God Bless You All
Cindy

May you feel the love and blessing of our Father. Know how much each of you is loved and held in our hearts and supported by our prayers. You and yours will be on our prayer vigil line for next year.
We celebrate the life of Dennis and the many lives he touched and the differences he made in those lives.
Blessings,
The Total Ministry Team of St. Matthew's Episcopal Church
The Rev. Alice Mae Applequist

Greetings:
I was so sorry to hear of your family's loss. Cindy and Alice have shared over the years what a special couple Gloria and Dennis were and how they missed Gloria since they left Aldrich. Having lost my husband a few years ago...I appreciate the void that each of you will feel but I celebrate that you have had such a full family/friend time to make
lifelong memories. May you feel the love of all of us who care.
Cindy and Alice's mom,
Betty Lou

I am so sad to hear the news of your loss. My heart goes out to all of you. I hope you feel comfort in all the great memories you have and feel fortunate to have such a loving husband and father.
Margie-- I wish I could be there to show my sincere sympathy. But know I will keep all of you in my thoughts and prayers.

Gloria and family, we send our sincere sympathy in the passing of Dennis. So sorry to hear this and please know we are thinking of all of you and have you in our prayers.

Margie, Jeff, Austin and Sam; Our thoughts and prayers are with you all during this difficult time. We were so sorry to hear of the sudden death of your beloved Papa. We pray that you find comfort in your loving memories. Thoughts and prayers to you all from the Gilbertson family. Chris, Tad, Jack and Sydney

The attached photos are added to the memorial of Dennis Lee Mongoven to help share their legacy.