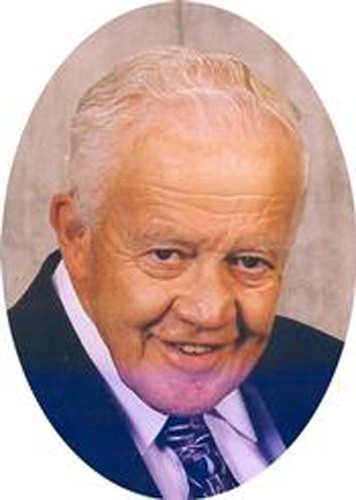 David H. Campbell, 91, of Byron, died Sunday, May 1, 2011 at Maple Manor Nursing Home, surrounded by his family.Born in Rochester to Florence and Harry Campbell, David graduated from Rochester High School and attended junior college. He enlisted in the United States Army Air Force on September 12, 1941 and served in the 401st bomb group as a waist gunner in a B-17. He saw action in western Europe, Air Offensive Europe, Normandy, northern France and Rhineland. His awards include the Air Medal with 3 OLCs and the Distinguished Flying Cross CO #398, 1st Bomb Division 1944.He married Gwen Lundquist on September 20, 1948 and together they raised three children. He retired after 20 years as the postmaster in Byron, was a past treasure of the Minnesota State Grange, member of the Gideons International, active in the First Congregational Church of Mantorville, and was a member of the Rochester Odd Fellows.He is survived by his wife, Gwen of Byron; his children, Wallace Campbell of Rochester, Rosemary Campbell (Kevin Andrews) of Rochester, and Marilyn Campbell (Jerry Haas) of Rochester; two granddaughters, Heather Temple (David Temple) and Nora Haas; a great grandson, Collin Temple; a brother, Roger Campbell (Mary Kay) of Albuquerque, NM; and several cousins, nieces and nephews. He is preceded in death by a sister, Maxine Whitney; a brother, Paul Campbell; a brother-in-law, Frank Lundquist; and a daughter-in-law, Nancy Campbell.He was a great son, brother, cousin, husband, uncle, dad, grandfather, great-grandfather, and so much more.A funeral service will be held Friday, May 6, 2011 at 11:00 a.m. at Ranfranz and Vine Funeral Homes' Chapel with Pastor Robert Sinex and Pastor Brian Egelston officiating. Burial will be in Oakwood Cemetery with military honors provided by the American Legion Post #92. A visitation will be Thursday, May 5, 2011 from 5:00 - 7:00 p.m. at Ranfranz and Vine Funeral Homes and one hour prior to the service on Friday at the funeral home.

I was always fond of David and you Gwen as I remember I was told I was one of the Wallace's in you guy,s family, by you and David. My condolences to you and your family for your loss of David. I remember him as a very kind and gentle, soft spoken man, may he rest in peace with his Lord, for all eternity. Peace be with you all. The Osen's, Wallace,Beth, and our daughter Angela (and her children, Graci(7yrs) and Eastyn (4yrs)) and our son Christopher. Our thoughts and prayers are with you all.

I did not know David Campbell, but my mom (Ramona Trogstad) said he was best friends with my uncle (Ross Burdick)who was killed in a tragic farm accident at a young age. From the stories I've heard from my mom, David was a kind and loving person and a good friend. My condolences to the family.

Gwen and family,
My deepest sympathy in the loss of your husband and father.

The attached photos are added to the memorial of David Harry Campbell to help share their legacy.