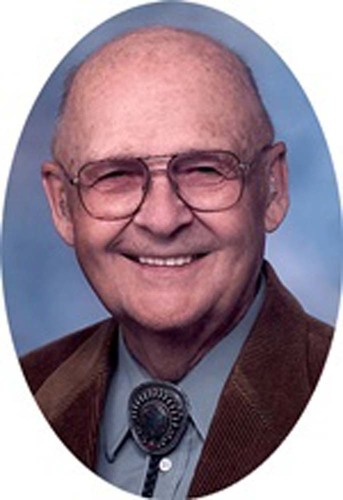 Rochester, MN Hilton E. Vilen, age 87, died at home on Wednesday, September 28, 2011 with his family and their love surrounding him.He was given a terminal diagnosis of mesothelioma in June 2010.

Born December 22, 1923 in Kittson County, MN to Charles and Hildur (Engstrom) Vilen, Hilton moved with his family to Montana in 1926.He grew up on a homestead in Reserve, MT and graduated from high school in Medicine Lake, MT in 1939.After graduation from Great Falls Commericial College in 1940 he worked in the Great Falls National Bank from 1940-1943, and then was drafted into the Army in WWII.Trained in Aircraft Artillery at Camp Haan, Riverside, CA, Hilton served in New Guinea and the island of Leyte in the Philippines, attaining the rank of Master Sergeant and was awarded the bronze star.

After his discharge from the Army in 1946, Hilton attended the University of Minnesota, graduating with a degree in Business Administration in 1950.He joined the Carnation Co. in plant management training, working at Waverly, Iowa, Tupelo, MI, Cambridge Springs, PA and Chilton, WI.In November 1951 he joined the Mayo Clinic, Rochester, MN, working there happily and successfully for 35 years in Administration in many departments.

Before retirement in 1986, Hilton was active in Olmsted County Toastmasters, Jefferson and Kellogg Schools PTAs, United Fund of Greater Rochester, Olmsted County Historical Society and downtown Kiwanis, often serving in leadership roles and speaking at community events.He was a member of Our Savior's Lutheran Church for 60 years, taught Sunday School, led adult Bible study classes and served twice as president in early years.Especially dear to him was the Religious Activity Center built in the 1970's at the former Rochester State Hospital of which he was co-finance chairman and which now serves the Federal Prison.He was a volunteer with the Rochester Public Schools and for nine years served on the Board of Directors of Samaritan Bethany Home on Eighth.He was in the Mayo Clinic Study of Ageing and a charter member of Mayo Clinic Volunteers.

Hilton loved his children dearly.He coached their softball teams and took them camping and hunting when they were young.He was a member of the Rochester Senior Center where he and Jan played table tennis and square danced with the Silver Treads.He played bridge with his emeritus friends at the Mayo Clinic and he and Jan were long time members of Round Table Bridge.Canoeing in the Boundary Waters and rivers of the US and Canada was his favorite outdoors experience.He was an avid reader, story teller and poetry writer and valued every moment spent with family and friends.The grandchildren have shown their love by their many calls and visits.His optimism, ready smile and dash of humor will be missed.

Hilton donated his body to medical research.A memorial service will be held at Our Savior's Lutheran Church, 2124 Viola Road NE, Rochester, on Friday, October 7, 2011 at 2:00 p.m. with the Reverend Fred Rengstorf officiating.Many thanks to Seasons Hospice for their competent and caring service.Visitation with the family is at Ranfranz and Vine Funeral Homes on Thursday, October 6th from 6:00 8:00 p.m.Memorials are suggested to the Rochester Senior Center, Samaritan Bethany Home on Eighth or Our Savior's Lutheran Church.

Hilton will forever occupy a special place in our hearts.  He was a good neighbor, friend, colleague, and mentor.

The attached photos are added to the memorial of Hilton Edward Vilen to help share their legacy.