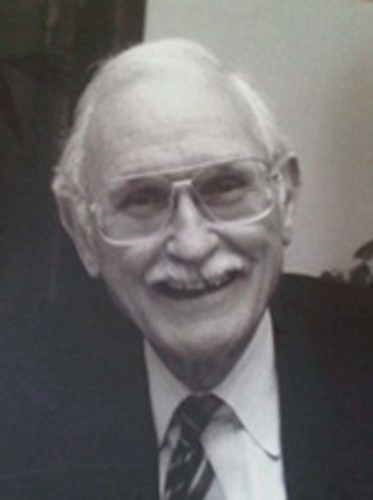 John T. Shepherd, M.D., D.Sc.
John Shepherd, M.D., a renowned cardiovascular researcher, past president of the American Heart Association, Chair of the Space Medicine Committee of NASA, Head of Research and Dean of the Mayo Medical School died on October 4th in Rochester, Minnesota at the Mayo Clinic, where he spent most of his career. He was 92.

He was born on May 21st, 1919 in Northern Ireland and received his M.B., B.Ch, M. Chir and M.D with honors from Queens University in Belfast, Northern Ireland. Subsequently he completed his internship and residency at the Royal Victoria Hospital in Belfast. Later he joined the academic staff at Queens in the Department of Physiology. In 1953 he was awarded a Fulbright Scholarship to come to the Mayo Clinic in Rochester, Minnesota for one year to engage in cardiovascular research. The selection of Mayo was based on his brothers enthusiasm after reading The Doctors Mayo book. He returned to Northern Ireland but eventually emigrated to the US in 1957 to join the Mayo Clinic. Notably Dr. Shepherd and his three close colleagues in the small department of Physiology at Queen's University all later became Deans of Medical Schools around the world. Remarkably for the son of a Presbyterian minister in rural Ireland, he was one of 15 physicians in his family including his daughter, his son who is on staff at the Mayo Clinic and his grandson and namesake who is at Mayo Medical School.

He made major contributions to understanding the regulation of the circulatory system, producing over 300 scientific publications and four books.He was President of the American Heart Association in 1975-76. He was also a fellow of the Royal College of Physicians in the UK and Ireland. Over the years he was the recipient of many awards including honorary degrees from the Universities of Bologna, Ghent and Queens. He was also actively involved with National Aeronautics and Space Agency (NASA) and the National Academy of Sciences where he was a member and subsequently Chair of the Committee on Space Medicine 1965-1974. During this time, he had many interactions with colleagues behind the Iron Curtain in the USSR working on space physiology. This led to his major hobby: collecting space-themed stamps.He developed one of the worlds largest such collections, many first editions.

The Mayo Clinic was his professional home and he made many contributions to this institution. He was Director of Research from 1969 -1976. In this position, and as a member of the Board of Trustees, he was instrumental in enabling Mayo to become a separate degree granting institution in 1972 from the University of Minnesota. He became Director for Education of the Mayo Foundation and Dean of the new Mayo Medical School from 1977 1983. This included responsibility for the Mayo Graduate School of Medicine and Mayo School of Health-Related Sciences. Later from 1983-1988 he chaired the Mayo Board of Development and was actively involved in the development of the first Mayo satellite in Jacksonville FL. He retired from Mayo in 1989. In 2003, he published Inside the Mayo Clinic, a memoir.

A Memorial Service will be held at The First Presbyterian Church, Rochester MN at 11am, Saturday October 22. In lieu of flowers, memorials may be made to The Mayo Foundation.
Ranfranz and Vine Funeral Homes5421 Royal Place NWRochester, MN55901(507) 289-3600 www.ranfranzandvinefh.com

God rest the soul of Dr. Shepherd.  I had the privilege of many conversations in the Rochester Direct van that I was driving for John.  I will always be impressed with his genuine and humble regard for everyone he came into contact with.  I will always remember shared conversations that we had regarding our Irish backgrounds.  He never failed to thank me for the good ride as I would then thank him for his generous provision for a cup of coffee.  The Lord bless you Marion for your good watch and care through some difficult years in his later life.

The attached photos are added to the memorial of Dr. John T. Shepherd to help share their legacy.