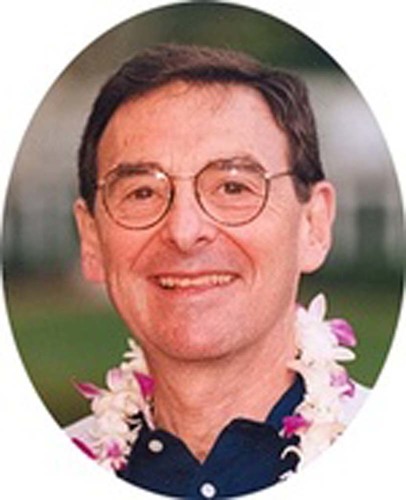 ROCHESTER, MN:Burton Burt Alan Sandok, M.D. died Wednesday December 21st at 5pm after a long battle with Parkinsons disease at the age of 74 at St Marys Hospital.His family and many friends were with him during his last days.
Burton was born November 27th 1937 in the Bronx, New York , son of Raymond and Helen (Pack) Sandok.As a young man, he was an excellent student.Though he was offered an invitation to attend a science school for gifted children, he declined, preferring to stay in public school. Burton went to the University of Iowa where he gained his B.S. and M.D. and met the love of his life, Florence Bobrove, another displaced New Yorker.Burton and Florence were married in 1960. After a brief period in the Navy and having their first child, Evan, in Portsmouth Virginia, he came to the Mayo Clinic in 1966 to finish his training in neurology.
In 1969, he joined the staff of the department of Neurology, and remained an active member of the department for the next 33 years. He held the position of Department chair for 7 of those years. In Rochester they had their second son, Douglas.
Burton felt strongly that the Mayo Clinic needed a medical school to fulfill its role as a true teaching institution, so he began an inspired, tireless campaign to create the school in Rochester.His vision was achieved in 1972 when Mayo Medical School opened its doors to its first class of medical students. Burton was never more passionate than when he served as the Mayo Medical School Dean of Students for 7 years. The Mayo Medical Schools existence, and its many distinguished graduates are his proud legacy.
Burton loved teaching and was known for his informative and entertaining teaching and lecture style, through which he explained the intricacies of the nervous system in eminently understandable ways.He received the teacher of the year award numerous times from the Medical School students and from the Neurology Residents.In recognition of his unique talents as an educator, he was inducted into the Outstanding Teacher Hall of Fame at Mayo Clinic, and received the Distinguished Educator Award from Mayo Foundation.He was the author and co-author of multiple texts and papers on many subjects within neurology. Burton Sandok retired from practicing and teaching medicine in 1999.
In his personal life, Burton loved traveling, and continued to do so into his retirement. The Boundary Waters Canoe Area held a special place in his heart and he traveled there wherever he could with his family when they first moved to Minnesota and for many years afterwards.He enjoyed many years of making balanced sculptures from natural objects and creating black and white photographs. He and his wife also had a special affection for Paris and the back roads of rural France and traveled there numerous times.
His last years were trying as the Parkinsons made it physically difficult to continue his hobbies and interests.He tried to keep as active as possible given his mobility difficulties, and enjoyed spending time walking with his brother Len and his dog Jessie as often as he was able to do so.
He will be fondly remembered by his wife, Florence, of 51 years, his sons Douglas Sandok, Breckenridge, CO and Evan (Karna) Sandok and their two children, Connor and Gracia, Marshfield, WI, his brother and best friend, Len and his wife Ellen Sandok of Bloomington, MN and by his many friends, family and colleagues whom he held in the highest regard.
No flowers please. In keeping with his love of the teaching of medical students, a memorial fund (The Burton A Sandok MD Mayo Medical School Scholarship fund) has been set up. Memorial gifts can be directed to this fund at the Mayo Clinic Department of Development, 200 First Street SW, Rochester, MN 55905.Additionally, gifts can be directed to the Breckenridge Outdoor Education Center: Outdoor Active Retreats for Parkinsons Disease at: www.BOEC.org
There will be no Funeral.The family will sit Shiva Saturday, Sunday, and Monday evenings this week from 6:30 p.m. on at their home.This is an informal time of remembrance for friends and colleagues to come and share.At a later date, there will be a service of remembrance at the Rochester Bnai Israel synagogue.

The attached photos are added to the memorial of Burton A. Sandok, M.D. to help share their legacy.

Please help memorize Burton A. Sandok, M.D. by recording your attendance below.