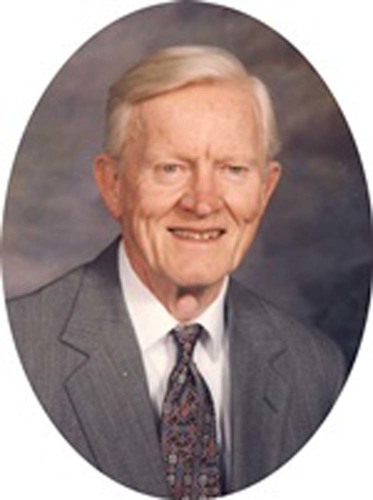 ROCHESTER -Oliver Luverne Ohr, 87, died on Wednesday, December 28, 2011 after a short stay at The Homestead in Rochester.

Ollie was born in Wanamingo, MN on September 27, 1924 to Ludvig and Oline (Kvalvog) Ohr.He was baptized October 26, 1924 at Trinity Lutheran Church.He attended school in Wanamingo and graduated in 1942.Ollie enlisted in the Naval Air Corps during WWII as an Aerial Gunner and had flying duties in the South Pacific, serving in an Air Sea Rescue Group.After an honorable discharge, he enrolled at UW-Stout.He married Joyce Evans in 1948.After graduation in 1950, he was employed by Standard Oil of La Crosse and Marshfield, WI.In 1953 they moved to Austin, MN where he worked for Retail Credit Co.Ollie started working in Rochester for IBM in 1956 as a Systems and Product Standards Manufacturing Engineer.He was employed by IBM for 30 years before retiring in 1987.

Ollie enjoyed spending time with his family, working on his model A, carpentry, reading, traveling, and piloting airplanes.Ollie liked to travel with his wife, Joyce.They spent winters in and around Destin, FL and summers at their lake home in Northern Wisconsin.

Ollie is preceded in death by his parents; a sister Martha Haugen; and two brothers, Phillip and Everett Ohr.

A Funeral Service will be held at 11:00 A.M. on Tuesday, January 3, 2012 at Bethel Lutheran Church, 810 3rd Avenue SE with Rev. Anjanette Rist officiating.Visitation will be from 4-7 P.M. on Monday, January 2, 2012 at Ranfranz and Vine Funeral Home and an hour prior to the service at the church.Interment will take place at Trinity Lutheran Cemetery in Wanamingo.

So sorry to hear of your loss.

Joyce- you have been a faithful caregiver, and such a blessing.  Now may the LORD provide you with strength and comfort in these difficult days.  You are in our thoughts and prayers~  cindy and family

The attached photos are added to the memorial of Oliver "Luverne" Ohr to help share their legacy.