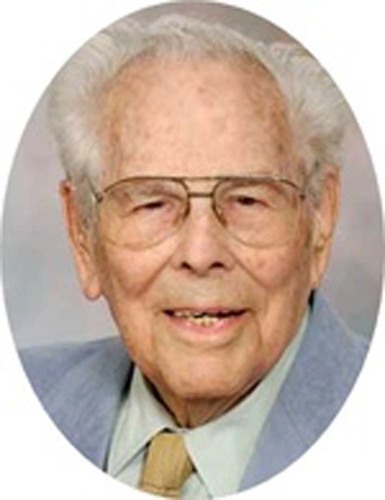 Fred was born December 27, 1911 in Evanston, IL to Dr. Henry Sr. and Isabel (Lindsay) Helmholz. On September 17, 1935 Fred married Mary Balfour. Fred graduated from Rochester Public Schools and the Shattuck School in Faribault, MN. He entered Dartmouth College in 1929, receiving the degree of bachelor of arts in 1933. Fred then enrolled in the John Hopkins University School of Medicine, from which he obtained the degree of doctor of medicine in 1937. Fred served as an intern in the Massachusetts General Hospital in Boston. Dr. Helmholz returned to Rochester to become a fellow in physiology of the Mayo Graduate School of Medicine. His graduate studies were concentrated upon experimental physiology and pathologic anatomy. In April of 1942 Dr. Helmholz became a research consultant and physician to flying personnel, test pilots and engineers at the Consolidated Aircraft Corporation at San Diego, CA conducting research in the physiological aspects of flying at high altitudes at the Aeromedical Research Unit of the Mayo Clinic and the Mayo Foundation. In 1947 he became a member of the Section of Physiology at the Mayo Clinic and the Mayo Graduate School. He worked in circulatory and respiratory physiology and in consultation with others in clinical medicine. From 1943 to 1967 Dr. Helmholz was in charge of the Basal Metabolism Laboratory and Inhalation Therapy at Mayo.

Dr. Helmholz was also the Chairman of the Joint Review Committee for Inhalation Therapy Education and was appointed to the National Board of Respiratory Care and later served as President of that Board. For many years he served as a judge for that professions national quiz bowl competition, the Sputum Bowl.

His interests were broad, including art, poetry, architecture, jazz music, photography, theater, swimming, tennis. He said cooking was just chemistry; if so, why was his mushroom soup the best ever?

He touched the lives of so many people; family, friends, colleagues, that he will be greatly missed. But we are all better for his having been among us.

The family wishes to extend their grateful thanks to the caregivers at Home Instead and Seasons Hospice for the compassionate care they provided.

Because Fred was able to attend and enjoy his recent 100th birthday celebration where many family members, friends and colleagues were able to share memories with him, there will not be a memorial service. Memorials can be sent to support the HFHelmholz, Jr MD Scholarship Award, c/o Ms Anne Uttermark, 14434 Aurora Ave, Rosemont, MN 55068.

The attached photos are added to the memorial of Henry (Fred) Frederic Helmholtz, M.D. to help share their legacy.