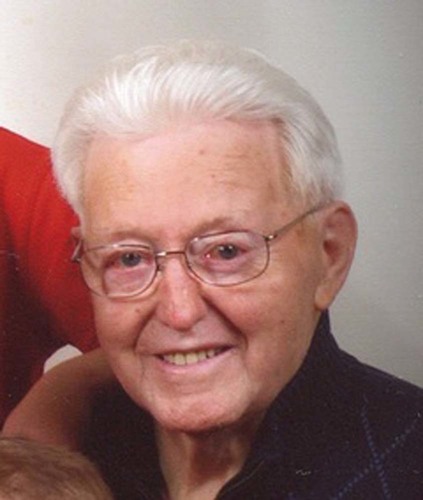 Arthur Reynold Ross, 83, of Rochester, passed away peacefully January 30, 2015 at his home.

Arthur Reynold Ross was born on June 18, 1931. He was the oldest of 8 children born to Harry and Doris Engwall Ross in Wisconsin Rapids, WI.

After finishing 8th grade he worked for various farmers, and at 19 he joined and proudly served 4 years in the Air Force, with 3 years being stationed in Puerto Rico as a Military Policeman. Art spent his entire life being a salesman, and he loved every minute of it. He loved people, and people loved him. His motto: You only need 3 things to be successful: Good looks, a charming personality, and a little B.S. Anyone that knew him, realized he was the epitome of that. He realized early in his sales career that if you help enough people get what they want, you'll get everything you could ever dream of. He was one motivated man; he loved life, and always felt that if you haven't experienced something, you need to do it.

Art worked for Miracle Maid Cookware for 22 years as a Field Sales Manager and managed 6 Midwestern States. He has been involved in Networking Marketing for the past 34 years and Art is one of the icons in the industry that people looked up to for training and motivation. Art has been a distributor with Xango for the past 11 years, where he has built an organization of over 18, 000 distributors, and is one of the 140 elite members members of the Xango Million Dollar Club Earners.

Art was a pilot and enjoyed flying to many of his Miracle Maid meetings and events. When life got a little too hectic, his way to relax was to take family and friends up for a ride.

On March 29, 1986, Art married the love of his life, Constance Wolfe, in Las Vegas, NV. Connie is a retired Claremont and Triton high school teacher. Art and Connie loved to go dancing, to travel, and they spent every free moment boating or fishing with family and friends. Grandpa spent many hours teaching the kids and grandkids how to fish, and took them on many fishing trips over the years. He was always so proud that they all have a love for water and fishing. Art also enjoyed the yearly Canadian fishing trips with his in-laws, Arnie and Colette.

I'm sorry about the love of your life losing the battle!  Kevin and I, although we are not together anymore, still talk usually weekly..........We had been thinking about you 2 weeks ago, and were wondering what was up, because we thought you might had been needing us! If this is so, email me or call 712-352-0445! We still love you!

my prayer  are with you  god is with you

I had the pleasure of meeting Art Ross when we were both promoting air purification systems.  He was an unforgettable person, as he had an unusual

gift with extraordinary people skills.  It didn't matter what Art was selling, because first and foremost Art was an instant friend.  Sure he could sell, but he was first a caring and kind person with a joyful sense of humor as well.  It was uplifting to be around him.  When I ran into a problem with the company's ethics, Art stood up for me and for justice when no one else would.  That was 25 years ago and I have never forgotten his courage and support.  I feel blessed to have known a true friend like Art Ross.  I send loving thoughts and prayers to those he leaves behind but I somehow feel he will continue to be an advocate for his loved ones and for those he took under his wing.  May his new wings of light spread far and wide.  With love and compassion for Connie and family, Peggy Blake

My deepest sympathy to you and the family in the loss of your loved one, Art. Just last week I was thinking about him and wondering how he was doing, and Karen Johnson e-mailed me and told me of his death. I remember back in the 70's, Art came to our place (living in a mobile home) on the same place, and sold us a set of pots/pans. They cost $300, and back then it was very hard to come by. With Art's positive attitude, he said we could do it, and to this day I am still using them. I would imagine Art and Jake are telling their fish stories. One of the hardest things was when I sold the boat. We had many memories of fishing,  and now am thankful I have all those memories. I am so thankful I got to know Art, and may God give you Peace and Comfort in the days and weeks ahead.  God Bless!!

I was heartbroken when I heard the news. I am very sorry I could not make it tonight or tomorrow to pay my respects to a great man. I would have loved to  have seen you. It has been awhile. Art was great guy and I enjoyed listening to all his advice and knowledge every time I ran into you guys at the local fairs or randomly in the Apache Mall. After every conversation I had with Art and yourself I felt like I learned a life lesson. I will miss seeing him when I run into you guys. Just know you both have always been an inspiration to me. Mrs. Ross you were always a great person and leader when you were my teacher and I can see Art and yourself were such a great team. Just know I am thinking of you and the world lost a GREAT man. Take care!

RIP Art, Thank you for your service. Sleep with the angels...

I had the great privilege of a friendship and business relationship with Art for many years.  Art was what they refer would to now days as an "Old School" Salesman.  Back in the day salesman did not rely on their computer, Social Media, etc., they actually has to spend their days working on leads and nights making in home presentations.  Art was a legend in the Cookware game and highly respected.  Over the years, working with both Art and Connie, I have so enjoyed watching them grow their business while still maintaining  there balance with friends and family.  Art will be greatly missed and most likely has started a new MLM company in Heaven, and has hundreds of Angels in his down line already.  God Speed my Buddy!!!   Cactus Jack Barringer ( Emy too)

The attached photos are added to the memorial of Arthur Raymond Ross to help share their legacy.