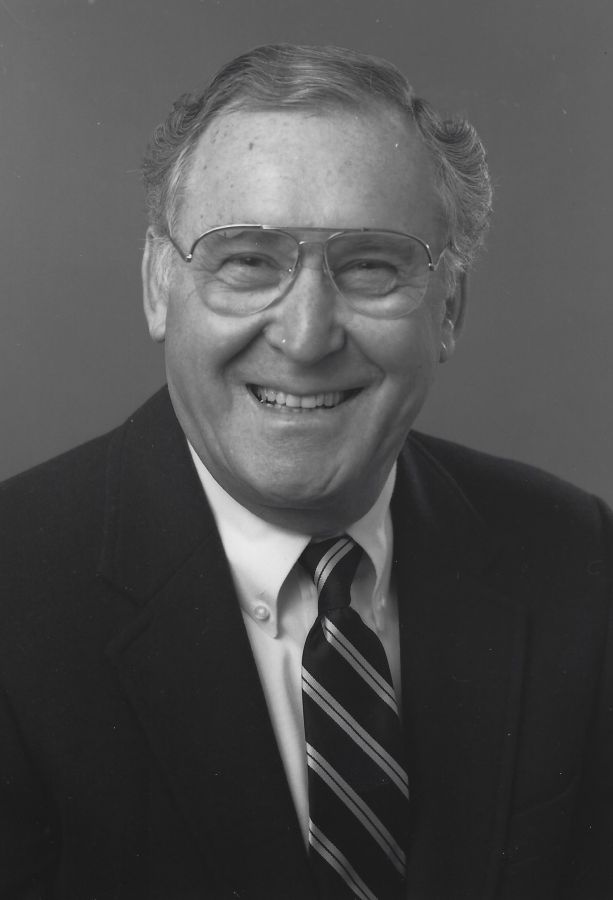 Dr. Weissler was born in Brooklyn, NY on May 13, 1927 the second son to Solomon and Dora Weissler. He attended New York University for his undergraduate education at the age of 16 with an accelerated wartime curriculum. His college education was interrupted with a call to serve in the Navy as a medic during the end of World War II from June, 1945 to July, 1946. He was then accepted into Medical School at SUNY Downstate Medical Center in Brooklyn, NY. Once again, he proved to be a stellar student and was selected as a junior into Alpha Omega Alpha. During this time, he became interested in cardiology. He did his training at Maimonides Hospital for internship and Duke University for his residency and fellowship specializing in Cardiology. In addition, he served as Chief Resident and continued with a special two year research fellowship in Cardiology.

In 1961 he accepted a position at The Ohio State University and became Chief of Cardiology in 1963 and held that position until 1971. During these years his research took two separate pathways; refinement and evaluation of Systolic Time Interval (STI) in health and disease and studies of myocardial metabolism. In 1968, Dr. Weissler coined the term "noninvasive" to describe this technique. Another unique research interest was the study of the electrocardiogram and circulatory hemodynamics changes during travel in space, collaborating with NASA.

In 1971, Dr. Weissler became the Chairman of Internal Medicine at Wayne State University in Detroit, Michigan. He was able to achieve a major reorganization for the department of medicine in his ten years as Chairman.
By 1982 he was ready for a change and became Chief of Medicine and Cardiology at the Rose Medical Center in Denver, CO a private institution affiliated with the University of Colorado Medical School. He renewed his passion for patient care and this culminated in his decision to join Mayo Clinic in Rochester, MN in 1989 as Professor of Medicine at Mayo Medical School and a Cardiovascular Consultant until he retired in December, 1999.
His numerous professional activities included election to the American Society of Clinical Investigation and chairing the Cardiovascular Diseases Board of the American Board of Internal Medicine (ABIM). He served as President to the Central Society of Clinical Research and held numerous administrative positions in the American College of Cardiology and the American Heart Association.

In his academic career, he coauthored over 120 scientific papers, several books and book chapters along with numerous international and honorary lectureships. He served on the editorial boards of thirteen scientific journals. He received the outstanding teacher awards from medical students, residents and cardiovascular fellows at The Ohio State Department of Medicine, Wayne State University College of Medicine and Mayo Clinic Cardiovascular Fellows. Countless physicians over many years appreciated his teaching, his grace, his dedication to excellence and his medical knowledge, exemplifying the model of a caring academic physician.

Throughout his life he developed a passion for classical music which became a life long avocation and he acquired an extensive library of composer biographies and classical recordings. A colleague wrote "Weissler's active mind spins off ideas and insights on a wide range of subjects. He epitomizes the fact that medicine is both an art and a science."

He is survived by his wife, Sandra and his four children; daughters Suzanne Marcus (William) of Glencoe, IL and their children David and Alyssa; Leslie Fishman (Jefrey) of Bloomfield Hills, MI and their children Allison, Jamie Kayla, and Jeremy; sons Mark (Danette) Weissler of Anchorage, AK and their children Trevor, Amandi, great grandson Connor; and Jonathan (Kathleen) of Northbrook, IL, and their children Emma and Nathan; the children's mother Gloria Weissler, as well as cherished nieces, nephews and cousins. He was preceded in death by his parents Dora and Solomon Weissler and brother Melvin Weissler.

Dr. Weissler and his family would like to extend a heartfelt thank you to Dr. Juan Bowen, his doctor and friend, to Heartland Hospice and their talented staff, to the Visiting Angels that have been a part of our lives these past months, to Elder Network's guidance and Dorothy's visits bringing music and a ray of sunshine every Monday afternoon and to The Waters on Mayowood Memory Care and their caring staff.

Ranfranz and Vine Funeral Home is honored to be serving the Weissler family; to share a special memory or condolence, please visit www.ranfranzandvinefh.com

If you google Dr Arnold M Weissler you'll see he contributed to cardiology care that saves millions of lives today. He was an amazing man who also lent an opportunity that saved my own life from breast cancer. I am forever grateful - Danette Weissler

Sandy my heartfelt condolences for your loss.Will always remember our times together in Cabo San Lucas,Mx
Karl Schuller

A great mentor and a beloved family member. His publications and medical papers will inspire generations, as he inspired his family and grandchildren. He loved to share his knowledge and passion for classical music and art. I was lucky to have a teacher like my grandfather.
Much Love,
Trevor Weissler

Bruce and I send condolences. Dr. Arnold Weissler will be remembered always, his life is his testimony to his legacy. Bruce and I would like to share this quote with your family: "Carve your name on hearts, not tombstones. A legacy is etched into the minds of others and the stories they share about you". —Shannon Adler With great sadness, goodbye Dr. Weissler, you will be greatly missed. - Bruce & Denise Mavis

The attached photos are added to the memorial of Dr. Arnold Weissler to help share their legacy.