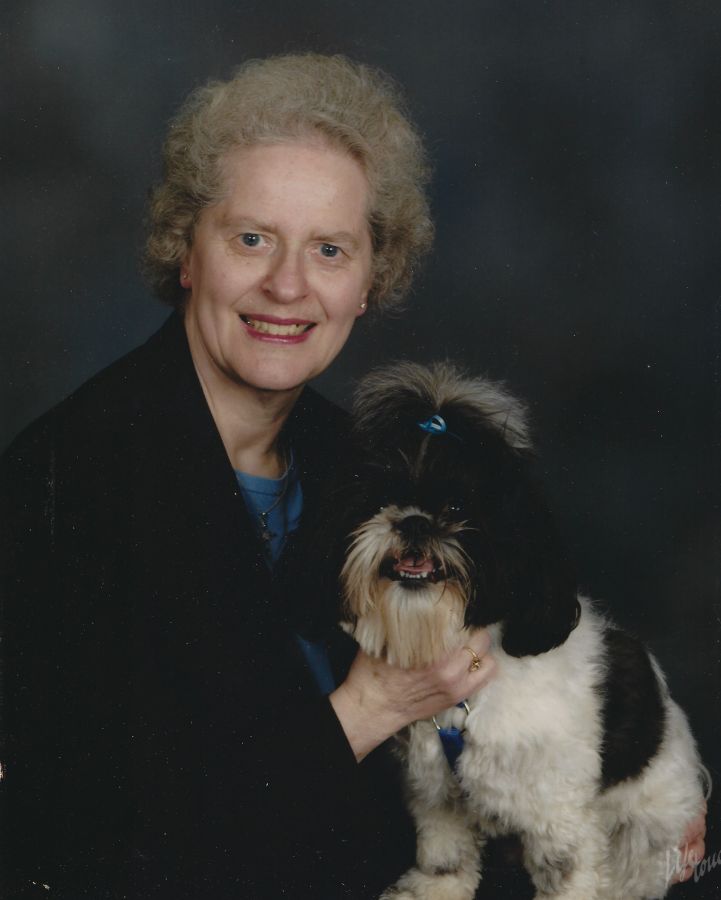 Virginia Mary (Brand) Smith, 76, of Rochester, MN passed away peacefully on November 19, 2019. Virginia was born in Milwaukee, WI, on September 4, 1943. She was the daughter of Walter J. and Mildred K. Brand and spent her childhood in Sheboygan and Elkhart Lake, WI. Virginia graduated from Sheboygan North High School in 1961 and St. Mary of the Woods College, Terre Haute, IN in 1965. She then pursued and earned her Masters Degree in Remedial Reading from the University of Wisconsin, Madison.
Virginia moved to Rochester to begin her long teaching career. She taught at Gage and Churchill Elementary Schools. Her devotion to children and the importance of reading skills continued in many ways throughout her life. Virginia had an extensive collection of American Girl dolls which she joyfully shared with the students at her former schools.
Virginia married Freeman E. Smith on June 19, 1988. Together they shared a life of devotion to the teaching profession. Summers were carefree days at their cabin in Backus, MN. Here Virginia learned the sport of fishing and to expertly cook their catch. She and Freeman were both very active in the Sanborn Lake Association and had lifelong friends in the area. Freeman preceded her in death on September 6, 2001.
Virginia was very active at the churches she attended. Originally she was a member of Pax Christi and then for many years at St. Francis of Assisi. She was a very devout Catholic, serving and living her faith. She spent countless hours participating in church activities and in helping others. Her special interest was with the Serra Club and their mission to encourage vocations to the priesthood. You could count on Virginia to bake a delicious blueberry coffee cake, organize and assist at funeral dinners and make calls on behalf of the St. Vincent de Paul Society.
There were several very special dogs in Virginia's life and her present, faithful companion was on her lap during her final hours. Ozzie went everywhere with Virginia and did not appreciate being left behind for any reason, ever! For those who knew Virginia well, they knew she always watched football games on the weekend and rumor has it that sometimes she was heard rooting for the Green Bay Packers!
Survivors include her stepson, Bradley D. Smith and his wife, RaVelle, of Chaska, MN and sister, Dorothy (Dee) B. and her husband, Michael D. Sheehan of Elkhart Lake, WI. She is further survived by her nephews, Michael W. Sheehan (Jill) and family of FT. Worth, TX and Patrick S. Sheehan (Sheridan) and family of State College, PA and their children, Zachary and Connor and Ainsley and Curran. Virginia also is survived by a cousin, Barbara Brand Wagner of DePere, WI.
Virginia was preceded in death by her parents, husband, Freeman and by her brother, Walter J. Brand II. In addition, she was preceded in death by several aunts, uncles and cousins.
Visitation will be held 2:00 pm to 4:00 pm Sunday, November 24, 2019 at Ranfranz and Vine Funeral Homes 5421 Royal Place NW, Rochester, MN 55901. A funeral mass will be held 11:00 am Monday, November 25, 2019 at Saint Francis of Assisi Catholic Church 338 11th Ave. SE, Rochester, MN 55901 with visitation one hour prior to the service at the church.
In lieu of flowers, donations to St. Vincent de Paul Society or the Serra Club of St. Francis of Assisi Parish would be greatly appreciated.
Ranfranz and Vine Funeral Homes is honored to be serving the Smith family. To leave a special memory or condolence please visit www.ranfranzandvinefh.com

TO HER FAMILY,
VIRGINIA WAS A WONDERFUL PERSON, ALWAYS SERVING HER CHURCH AND OTHER ORGANIZATIONS. HER FAITH AND DEVOTION TO SERRA CLUB IN SUPPORT OF PRIESTS WAS EXEMPLARY. A FRIEND TO ALL WHO MET HER.
MY PRAYERS, HELEN MUELLER

I enjoyed working with Virginia at St. Francis of Assisi Church through many of the volunteer opportunities and through hosting the Serra Club at Madonna Towers for their annual December meeting. She is a phenomenal lady with deep-seated faith. I will truly miss this beautiful person.

From all of your class of 1965 at St. Mary-of-the-Woods College Thanks for your friendship and the good memories.

I have known Virginia and her family as a young boy living in Sheboygan WI. The senior Brands and my parents were close friends and shared many good times in Sheboygan and at their home in Elkhart Lake, WI. Virginia was always a kind and thoughtful person. I'm sure that she will leave a grand legacy that will live on for years in the hearts of many. God bless and receive your soul Virginia. As you enter that place where there is no pain, no grief but joyous eternal life, may you hear the words "well done good and faithful servant".

Virginia Smith was a generous person and each person who knew her was her friend. It was a privilege to work with her on many occasions, and her faith was a great example to us all. She will be greatly missed by her St. Francis Parish , the Serra Club, and the St. Vincent de Paul Society among others. Gene and Marilyn Treder

The attached photos are added to the memorial of Virginia M. Smith to help share their legacy.

Thank you for sharing your memory of Virginia