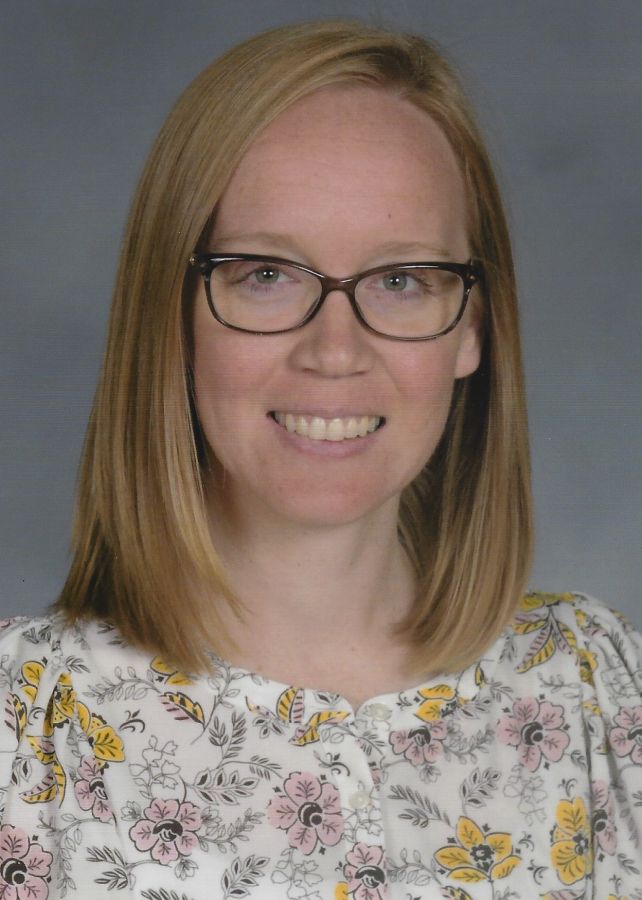 Cassandra Lynne Wilson (née Klug) passed away peacefully at her home in Rochester, Minnesota on January 11th, 2020. Her husband and her mother lovingly attended to her care and comfort until her final moments. She was thirty-four years old at her passing, twelve months after being diagnosed with stage 4 rhabdomyosarcoma, a cancer of skeletal muscle tissues.

A beloved and passionate kindergarten teacher, Cassandra dedicated much of her life to making learning more fun and engaging for her students. She leaves behind a legacy of young minds touched and futures brightened.

Cassandra (Cassie, to most) was the daughter of Sherri (Roffers) Klug and David Klug, both of Greenleaf, Wisconsin. Born in 1985, she was baptized at Zion Lutheran Church in Wayside, WI, where she also attended grade school and was confirmed in her faith. Cassie graduated from De Pere High School with the class of 2003.

In her youth, Cassie enjoyed band and show choir, team sports such as volleyball and basketball, and spent years learning to perform tap and ballet at the Delorit School of Dance in Green Bay, WI.

Determined from a young age to one day be a teacher, Cassandra attended Winona State University; first for her Bachelor's Degree, then for her Master's Degree in Education. While at Winona State, she started several lifelong friendships and began dating her future husband, Jack Wilson of Rochester, MN.

Cassie and Jack were married on a crisp Autumn day on October 27, 2007 at Zion Lutheran Church in Wayside, WI. They made their home in Rochester, MN, and were blessed with two beautiful, vibrant daughters -- Lydia Grace and Claire Marie. One of Cassie's greatest pleasures was planning elaborate themed birthday parties for her girls. Cassie and Jack cherished reading bedtime stories with Lydia and Claire, every night.

During Cassie's final year, Bamber Valley Elementary (spearheaded by several of her closest friends, also BVE teachers & administrators) honored her with multiple surprises, including a whole-school "clap in" on her birthday, and a free-lending library dedicated in her name ("Mrs. Wilson's Library").

Mrs. Wilson happily helped students along their paths, even while undergoing a barrage of cancer treatments, right up until the last weeks of her life.

She was preceded in death by her godmother & aunt, Debbie Guns; grandparents-in-law, Marge Sell, Arlan and Marge Wilson.

Ranfranz and Vine Funeral Home is honored to be serving the Wilson family; to share a special memory or condolence please visit www.ranfranzandvinefh.com

I am so shocked and saddened to hear about this. Mrs. Wilson was my 2nd grade teacher in 2008/2009. She was one of my favorite teachers because of her kindness and her passion for teaching. Her classroom was so fun, but she always made sure we were challenged enough too. I and other students enjoyed talking with her. I remember one conversation in which we were discussing future goals and at the time I wanted to be a fashion designer. She said something along the lines of, "and Grace can design clothes for me and my family!" She was definitely supportive of our ambitions. She will be missed, and my thoughts and prayers go out to her family during this difficult time.
(By the way, I was the one who added the photo, I'm not sure why it didn't let me post it along with the tribute.)

My thoughts and prayers go out to you all during this time! I never met Cassie but work with her husband Jack so I feel like I knew her and the girls and enjoyed hearing all the stories Jack would share of the time they spent together as a family. I am so grateful they had their time together recently in Florida and spent time in December making cookies what wonderful moments to share together and memories made. I pray that you find some comfort and peace in these memories and the love you all have for each other. I am truly sorry for your loss!!

Our thoughts and prayers are with you and your family. Kurt and Clare

We are so sorry for your loss, and thoughts and prayers to Cassie's family during this difficult time. Cassie made such a positive impact on the lives she touched.
Adam Utesch and Ania Wolska

While I have never met Mrs. Wilson, I feel like I know her through stories her husband has shared. I work with Jack at Mayo Clinic and have heard of the great love they shared and the love and kindness Cassie always shared with others. It fills your own heart up to listen to these stories. I am so very sorry to hear of Cassie's passing. I wish for her love and kindness to always surround you, Hugs

I remember beginning the fourth grade with Ms. Klug and finishing with Mrs. Wilson. Even after 12 years I still remember her passion to empower students in and out of the classroom. She brought her kindness and energy with her everyday. My thoughts, love, and prayers go out to her family and friends as we will miss a very great educator.

Cassie was one of most caring teachers I know. Her love of each student showed in her practice. Bamber Valley lost a wonderful person.

I felt an instant connection to Cassandra upon reading her obituary. I was diagnosed with Stage IV synovial sarcoma 6 years ago and have a 7 year old granddaughter named Lydia Grace. ReinInSarcoma.org is a wonderful website where you can read my story among others. It is a wonderful, healing group based in the Twin Cities with a branch here in Rochester to help sarcoma families. Please know my prayers are with your family.

I am so sorry for your loss....i pray God will comfort you and give you strength as you travel this journey. She left a legacy.She suffers no more.
Donna Dobis ( my daughter is part of the staff at Bramble)🙏

As my daughter's first grade school teacher, I could not have asked for a better teacher. Always kind, helpful and understanding. I hope for support and comfort to her family and friends, we will miss seeing her smiling face in the bv halls

I will be forever grateful for my daughter having Mrs. Wilson as her Kindergarten teacher. Even on the hardest days, Mrs. Wilson never gave up on my daughter and was always supportive to me, coming up with ways to help. Mrs. Wilson was truly an amazing teacher, full of compassion and kindness. My deepest sympathies to family and prayers for comfort.

I will never forget Cassie’s kindness and her capacity to give herself to others. May the memories of Cassie’s love and tranquility comfort and strengthen her family and friends.

She was the kindest teacher to me as a new person at BV. She made me feel so welcome in her room no matter when I walked in. She carried her team with smiles, grace, kindness, and calmness. She was the most wonderful mom and her girls are so lucky to have had her.

Mrs. Wilson was an amazing teacher who touched countless lives for the better. I feel blessed to have known her and to have her as my daughter's teacher. The world is darker without her. My deepest condolences to Mr. Wilson, her parents and her amazing daughters.

I'm so sorry for your loss. Cassie always had a smile on her face and was a great friend in grade school.

I will never forget the very first time I met her in 2016. She had the brightest smile and care in her eyes for her students. It was truly a blessing to watch her inspire!!

Cassie was surely a blessing to all that know and love her; may your fond memories bring you peace as you mourn her loss. My deepest condolences. 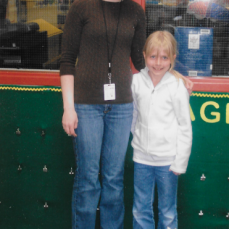 The attached photos are added to the memorial of Cassandra Lynne Wilson to help share their legacy.

Thank you for sharing your memory of Cassandra