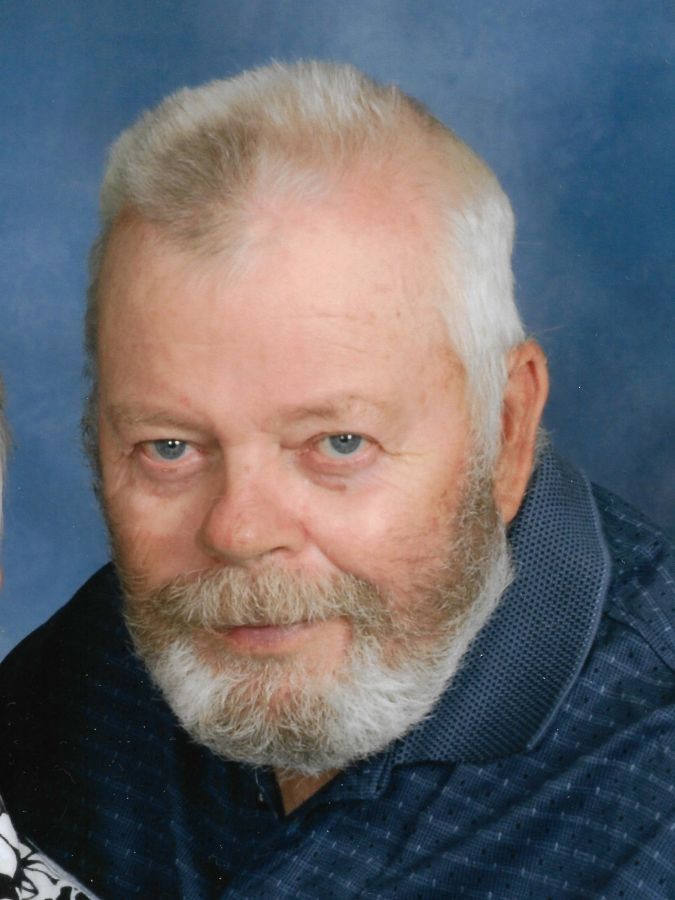 Butch Mielke, age 82, died peacefully at his home after a long battle with cancer on February 13, 2020. Gerald 'Butch' Leonard Mielke was born July 20, 1937 in Rochester to Leonard Fredrick and Arlene (Dickie) Mielke. He enlisted in the Army in 1960 and served two (2) years in Munich Germany. He married Karen Manecke of Bemidji, MN on May 23, 1964 in Bemidji, and shared 55 fun-filled years together. For the last two years, she unselfishly took on the role as his caregiver at home till he was called to Heaven.
Butch worked as a roofer and later a Foreman at Merit Contracting for a total of 45 years. He finished his career, working 10 years at the Mayo Clinic in the Medical Sciences Building. Butch was an avid swimmer and enjoyed scuba diving, hunting, keeping busy with his 'many' bird feeders and his weekly trips to Fleet Farm. Everyone who knew him, knew his favorite hobby was fishing with his friends and family, making his own fishing jigs and lures, and spending time Up North at 'the cabin'. If you were in his presence, you always had a big smile on your face because he just told you one of his 'one-liner's', or a funny memory was shared.
Butch is survived by his children, Teri (Jason) Ross of Oronoco and Rick (Stacey) Mielke of Stewartville; grandchildren, Gracelyn and Wyatt Ross, Brett and Brandyn Mielke; great-grandchildren, Aurora Mielke and Mya Mielke; a brother, Mike of Arizona and two sisters, Diane Wendt of Oronoco and Darlene Mielke of Rochester. He was preceded in death by three brothers, Fredrick, David, Glen and a sister, Dorothy Fogerty.
The family would like to thank the staff who cared for Butch from Mayo Urology and his wonderful Urologist, Dr. Eugene Kwon, whom Butch admired and made him feel like he could "Whip Superman!". A special thank you to his 'Angels' from Mayo Hospice and Transitional Care, for being so kind and going above-and-beyond these past few weeks.
Much gratitude to the love and compassion of their neighbors, friends, pastors and family who spent many hours visiting, shoveling, baking and so much more. We can never repay all the kindness you have shared.
Lastly, a warm thank you to the Stanley Family for all the years at 'The Cabin'. The time spent there fishing and just looking over the lake with his wife and grandchildren, were his happiest times. The Family will cherish those memories with him forever.
A Memorial Service will be held at 11:00 a.m. on Wednesday, February 19, 2020 at Trinity Lutheran Church (222 6th Avenue SW Rochester, MN). A visitation will be held from 5:00-7:00 p.m. at Trinity Lutheran Church on Tuesday, February 18, 2020 and one hour prior to the service at the church on Wednesday.
Ranfranz and Vine Funeral Homes is honored to be serving the Mielke family. To leave a special memory or condolence please visit www.ranfranzandvinefh.com

2 people have supported the family by purchasing them flowers or gifts from the Healing Registry.

Dear Karen and Mielke Family,
Lee McCullough (neighbor down the street) and family express their deepest sympathies for the loss of Butch. He was always such a great help to me and my late wife Lois over the years shoveling and blowing snow from our driveway and was always such a joy to be around. The world would be a better place if more folks were like Butch! :) God bless you and give you peace during this sad time.
Leroy McCullough and family

The attached photos are added to the memorial of Gerald "Butch" Mielke to help share their legacy.

Thank you for sharing your memory of Gerald "Butch"