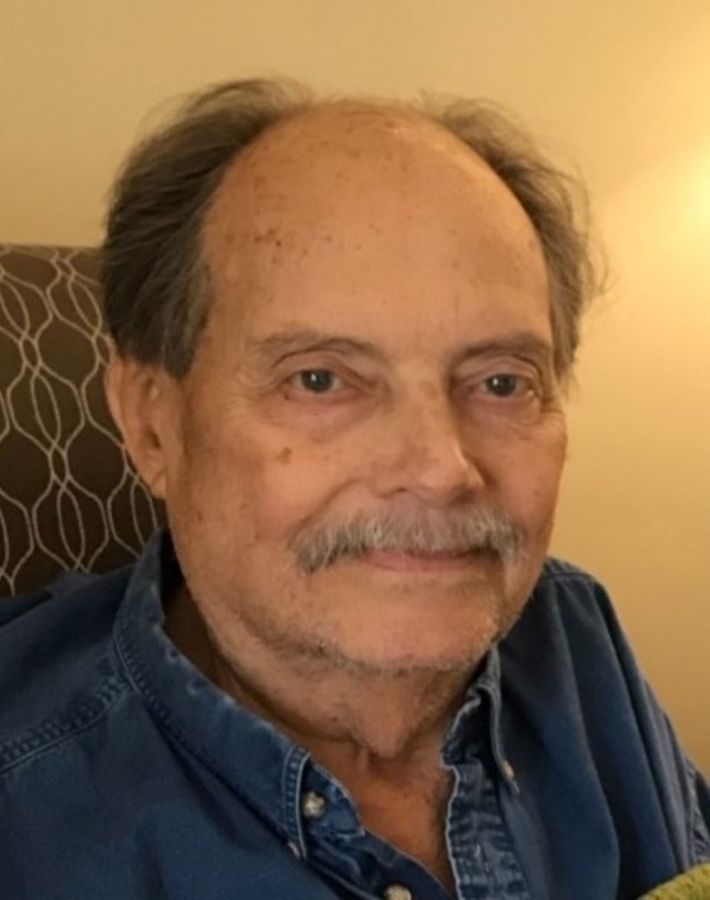 He died peacefully in the arms of his wife at home from complications of the long-lasting effects of Agent Orange which he was exposed to while serving his Country in Vietnam.

Pat was born March 17, 1943 to Sarah (Beall) Neville of WY and Andrew D. Neville of SD, in Mobile, Alabama while his father was serving in WWII. During his father's service in the Korean War, Pat and his mother moved to Worland WY where he grew up, graduating from Washakie County High School, Worland in 1961.

He furthered his education at Casper WY Junior College, transferring to Winona State University, graduating with a BS in Art Education, and Social Science in 1966, A Master of Science in Art Education, 1981 and Sixth Year Certification in Educational Administration in 1988. His love of learning was evidenced by numerous certifications and professional designations he achieved.

To finance his education, Pat worked on the oil rigs in WY then as a car mechanic in Winona. After graduation, he taught Art at Spring Valley High School beginning in 1966. His career was interrupted when he was drafted into the Army. Pat's tour of duty was in Cu Chi and Dau Tieng, Vietnam, 1968-1970. He was a Sergeant at the rank of PFC in a Med Motor Pool going from E-4 to E-5 in one month. Honors received included Army Commendation Medal, Two Bronze Star with Oak Leaf Cluster, Vietnam Service Medal and two-time Soldier of the Month.

After his honorable discharge, he returned to teaching in Spring Valley and married Deborah Lee (Debi) Kraft in 1971 in Spring Valley where they made their home and raised their daughter and son. His career included teaching Art K-12, Social studies, and writing the State approved curriculum for HS Vocational Photography. He volunteered as Assistant Principal and worked with a coworker to open an alternative School where he taught the last two years of his career. Pat retired in 2000.

During his time in Spring Valley, Pat served as Advisor for many school activities and served on numerous boards including Good Earth Village, SELCO, Fillmore Co Community Corrections Task Force, Chemical Dependency Awareness Program for Spring Valley HS and Fillmore County. He was co-founder and operator of the Spring Valley Youth Center, and co-founder of Brave Community Theatre of Spring Valley. Pat also had a professional photography business for over 30 years.

After retirement, he and Debi moved to Rochester where he worked as a Real Estate Appraiser, and a licensed home builder. Pat also taught NRA approved gun training. His love of creativity was broad and influenced his whole life, building his family a log home, remodeling over 16 rental houses, making jewelry, pottery, photos, polishing rocks, building toys for children and grandchildren and creating one of the first Little Libraries in Rochester. He enjoyed reading, picnics and loved the mountains.

The remembrances of love and respect from many students and friends were shared with him in the final days of his life, bringing a smile, chuckle, and a squeeze of his hand.

He was preceded in death by his father, mother, grandparents, father-in-law, and sister- in- law.

Memorials are suggested in Pat's name to Good Earth Village, Heifer International, Brave Community Theatre of Spring Valley or a charity of your choice. A memorial service will be held at a later date.

Ranfranz and Vine Funeral Home is honored to be serving the Neville family; to share a special memory of condolence please visit www.ranfranzandvinefh.com

Dave and I were sorry to hear of Pat's passing. I will always appreciate his support when I was a principal in Spring Valley. He was always there to help out. Our thoughts and prayers are with Deb and the family.
Sharon and David Kabes

I am sad to hear of Pat's passing. He was a good person, always willing to lend a hand both as a friend and teaching colleague at SV High. My condolences to Deb and the rest of the family.

So happy that Pat found happiness with his wife Debbie and their children. Dreams came true for him and he realized a wonderful career teaching what he loved, Art. Fly with the angels dear one. You will be missed so much. Auntie Barbara

The attached photos are added to the memorial of Andrew "Pat" Millard Neville to help share their legacy.