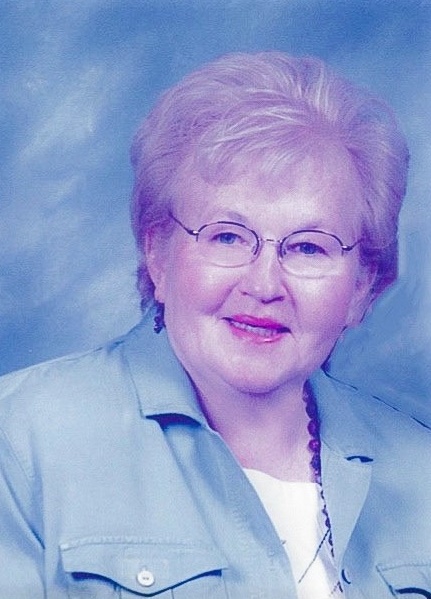 Hoffman, JoAnn (Hudson), age 85, of Rochester, Minnesota, passed away peacefully on September 9, 2020. JoAnn was born in Mankato, Minnesota and grew up in nearby Lake Crystal on a farm. She graduated in 1953 from Lake Crystal High School, and attended Mankato State Teachers College, from which she graduated in 1957. She met her future husband Herbert Hoffman in Mankato while they were both in school and working at Madsen's grocery store; she as a checker and he bagging groceries. They were married on December 28, 1957 in Lake Crystal, and the two moved to Rochester where JoAnn taught elementary school for 33 years. As a "farm kid," JoAnn was active in 4H and showed animals at the county fair, some of those garnering awards that took her to the Minnesota State Fair. She loved remembering her time with 4H--she was an avid fairgoer throughout her life, never missing a Minnesota State Fair until she was unable to physically attend in the last few years.

JoAnn was a teacher for the Rochester School System for 30-plus years. Of all the wonderful things JoAnn loved in her life, family, friends, farms, and fairs, she loved being a teacher. For the majority of her teaching years she taught second- and third-grade students--most of that time at Sunset Terrace Elementary School. Over these years, conservatively, JoAnn taught over a thousand young students. In JoAnn's later years it was common that young adults approached her, with their own children in tow, in grocery stores, movie theatres or at the mall to tell her they had been in her second or third grade class and how much they had liked her and still remembered her. JoAnn's teacher colleagues at Sunset Terrace and those at her Alpha Delta Kappa Sorority became some of her close, lifelong friends.

JoAnn was an active member of the Rochester Retired Teachers Association and Alpha Delta Kappa International Sorority. She and her husband are members of Christ United Methodist Church in Rochester, where JoAnn was a member and past president of the United Methodist Women. She also taught third grade Sunday school for years and was the nursery coordinator.

JoAnn and Herb met friends who turned out to be lifelong when they first moved to Rochester, and also after they moved to their home on 12th Avenue NW in 1961. Years of children's birthday parties, backyard picnics and BBQs, and dinners out at Michaels; these are some of her closest friends.

She was preceded in death by her parents, Orlando and Mary (Tarrant) Hudson. She is survived by her husband, Herb Hoffman, children Jeff (Horacio) Hoffman and Mary (Doug) Larson, grandsons Jamie Larson, Ben (Gayle) Larson and Sam Larson and great-grandchildren Sydney and Sawyer Larson, and her cousin Jean (Frederickson) Hanson, who they both described each other as sisters.

A special thank you Ecumen Seasons for JoAnn's recent care, and to nurse Cindy and all the other staff from Ecumen Hospice for their special attention to JoAnn and her family.

Ranfranz and vine Funeral Homes is honored to be serving the Hoffman family. To leave a special memory or condolence please visit www.ranfranzandvinefh.com

I send my sympathy to JoAnn's family, as she was a dear lady, a great teacher, and friend to all. Marilyn Treder

Jon and I are so sorry of your loss of Joanne. She was such a lovely lady, both inside and out. We have many wonderful memories of our get togethers, playing cards, and trips to Branson. We didn't hear of her passing until Sunday when I read the paper. I was shocked. Because of the virus, we decided not to attend the wake or the funeral. We missed out on passing on our sympathies to Herb, Mary and her family, and Jeff. Of that, we are so sorry. Mary, if you read this, we would love to get your father's address so we can reach out to him at this time. Please give him a hug for us!

I sorrow with you in the loss of JoAnn . Like her , I taught kindergarten at Sunset Terrace for 17 years . After retirement I subbed for her in her classroom many times . She was always soft spoken and gentle in her approach to her students . I send you my sincere sympathy .

Jo Ann was a neighbor Stonehedge and
also a member of my circle at church. A lovely and kind woman! My sincere sympathies to her family.
Joan E. Brown

JoAnne was such a sweet cousin. My sympathy to her family.
Elaine

Mrs. Hoffman was my 3rd grade teacher at Sunset Terrace Elementary School; she was one of my favorite teachers. I remember her being so kind and caring. Rest in Peace. Melissa Cornell (Cecil)

Thanks, Jo, for being part of my life!
83 years is a long time ! I’ll always love you.
Jean

I worked for Visiting Angels and took care of Joann 3 days a week.She sure was a wise woman and I so enjoyed listening to her stories.She sure was a special lady.Fly high my friend you have earned your wings.Sandy Book.

I had Mrs. Hoffman for my 2nd grade teacher at Sunset Terrace about 45 years ago. She was an awesome teacher and I truly loved her. She started me on the way to a lifelong love of reading and introduced me to WikiStix! So sorry for your loss, but what a legacy she left. Beryl (Kolb) Flora

The attached photos are added to the memorial of JoAnn M. Hoffman to help share their legacy.

Thank you for sharing your memory of JoAnn