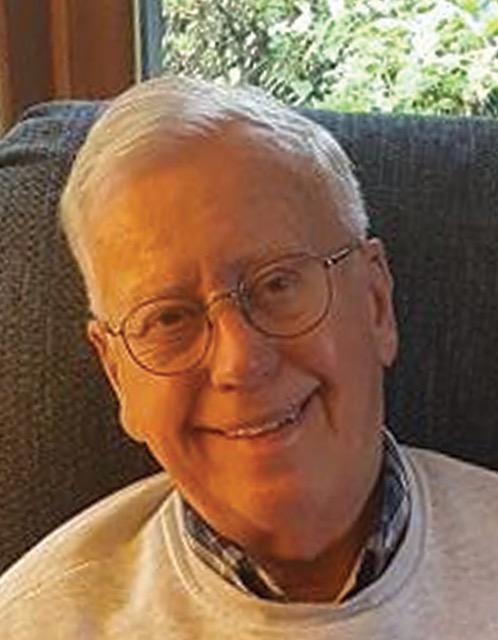 Fred Traxel of Rochester, Mn. passed away Sunday Sept. 13th, 2020 at his Arbor Terrace Assisted Living residence. He passed into his Lord and Savior's presence suddenly and unexpectedly in his 90th year.

Fred was born Oct. 28th, 1929 to Richard and Elsie Traxel in Chicago, Il. His growing up years were full of adventure with his siblings, Joan and Ruth. Best friend Joe Kuchar added to the adventures.

After graduation from high school, he worked for a book binder and served in the National Guard. Fred enlisted in the Air Force and was transferred to a base in Puerto Rico where he learned his trade of being a cartographic technician. Fred transferred then to bases in Tampa, Fl., Tucson, Az. And ending his service time in Topeka, Ks. In 1953. Fred met his future wife, Georgia Googins while serving at Forbes Air Force Base. On Oct. 17th, 1953 Fred and Georgia were married at the Presbyterian church in Topeka, Ks.

Fred, Georgia, son Bill and daughter Anne, lived in various Midwest and Western U. S. towns, eventually moving back to Farmington, Mn. In 1968. Fred was employed by the Federal government branches F.A.A., Bureau of Reclamation and the Dept. of the Interior. During his career a highlight was his being chosen to map out astronaut Alan Shepard's NASA 1961 Freedom Flight plan, of which he initially did not have the knowledge for what this was to accomplish. After serving 31 years in the U. S. Government, he retired and then went to work part time as a cashier for Byerly's grocery store in Burnsville, Mn. For 15 years.

Fred participated in singing in church choirs and with the Northfield Men's choral group and assisted Farmington Boy Scout Master, Orville Slenninger in the early 1960's. His family enjoyed numerous camping trips of which traveling to Glacier Park in Montana was a highlight. Fred and Georgia took many road trips in later years and enjoyed visiting many U.S. and Canadian sites. Fred was quite good at playing ping pong, tennis, bowling and assembling numerous model ships.

He enjoyed attending sporting events and programs that his Grandchildren participated in. Keeping track of his Chicago Cubs was a favorite also. Living in numerous parts of the country allowed him to share and grow in his faith in Jesus Christ.

A military memorial service will be held Thursday Oct. 1st, 2020 at Fort Snelling National Cemetery at 11:00 a.m. Pastor Anjanette Bandel will officiate. Due to the Covid 19 pandemic, wearing of masks and social distancing guidelines will be followed.

Dad, we will miss your humor, Scrabble and Domino games, your love for us all, but most importantly you are at home with Mom, many relatives and friends.

Ranfranz and Vine Funeral Home is honored to be serving the Traxel family. To share a special memory or condolence, please visit www.ranfranzandvinefh.com

The attached photos are added to the memorial of Fred Traxel to help share their legacy.

Please help memorize Fred Traxel by recording your attendance below.

Thank you for sharing your memory of Fred