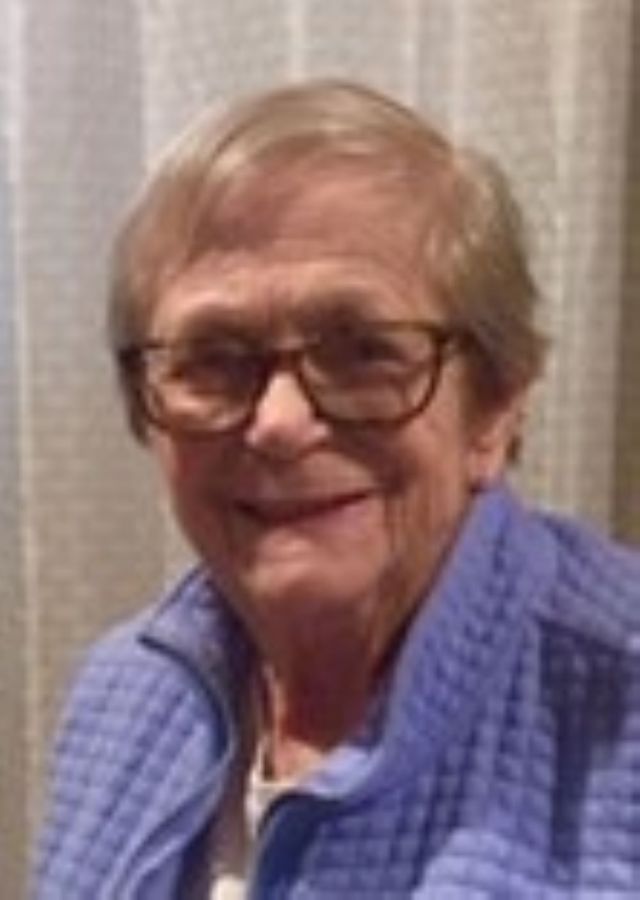 Carol Janet Kruger ended her earthly journey on Sunday, November 22, 2020 at St. Mary's hospital in Rochester, Minnesota. She died of natural causes. She was 86 years of age. She was living most recently at Family Roots Eldercare in Plainview, Minnesota, where she had gone to live and be cared for while suffering dementia. The short time she spent there was filled with love and happiness, and children and puppies sitting on her lap, and visits from family. Our family is so glad for her time spent there as she was as happy as we've seen her in months.

She was born on June 29, 1934 in Rochester, Minnesota, to Mildred Irene Campion (nee Gillies) and Harold Campion. They were later divorced and Mildred married Marion Drake whom Carol considered her father. Carol lived her entire life in her beloved city of Rochester, Minnesota. Carol had two siblings. Her sister, Mary Lou Bohlmann, and her brother, David Campion.

Mom graduated from Rochester High School in 1952. Following graduation, she worked at Olmsted Medical Group in Rochester as a Medical Assistant to the doctors at the facility. She developed a special mentorship with Dr. Malcom Campbell who taught her all sorts of medical techniques including how to take an x-ray. During this time mom met her future husband, Paul Alvin Kruger. They were married on January 25th, 1958. As was common at the time, when mom's first child was born (Gunnar) she changed careers and became a homemaker. She remained a homemaker until the 1970's when her children were older. She then added several part-time jobs. She worked at Libby's in the lab and also serving as a medical technician to triage injuries occurring to her fellow employees. She worked for many years at the Rochester State Hospital in the food service department, mostly working in the staff canteen. She later worked in the Mayo Clinic subway at the news stand where her cheerful disposition brightened the day of the many customers she served. She was also thrilled to meet many dignitaries and celebrities even getting Mickey Mantle's autograph (dad's favorite) and ABC Bowling Sportscaster, Chris Schenkel (mom's favorite). Finally, after her children had children of her own, mom chose to care for her grandchildren as grandma daycare. She and dad made sure there was fun and frolic and adventure every day for her grandchildren.

Mom was a lifelong, devoted member of the Congregational Church, UCC., in Rochester, Minnesota. She loved her church family and was very proud to claim 5 generations of her own had been baptized and confirmed at the Congregational Church. She was a regular attendee with her children, grandchildren, and later, grandson Christopher. She was especially known to enthusiastically wave her church program in the air after a performance by children or the choir, a gesture encouraged by an especially favorite pastor, Rev. Diane Harvey.

Our mother was widely known to be a friend to everyone. She seemed to have a knack for developing a special relationship with everyone who knew her. Growing up in Rochester, mom had a large circle of girlfriends who all remain very close to this day. She and dad had a wide circle of friends, as well. She made friends at her work. She was a member of Red Hats. She had a group of ladies who had coffee every Wednesday at Grandma's Kitchen in Rochester. Until she couldn't drive any longer, she was proud to pick up many of her friends for coffee in her Chevy Astro Van. She made friends with all the children in her neighborhood where she was known as grandma Kruger or grandma Carol, or Mrs. Gunnar, or the candy lady (she always had a candy drawer available for any child in the neighborhood!) She made a special bond with many of the teenagers in her neighborhood and was known to sew prom dresses and bridesmaid dresses and even wedding dresses for many of the girls who grew up in her around her. She was a special cheerleader at many of daughter Jennifer's softball games. You could hear her holler at her grandchildren's sporting events. She attended plays with grandson, Christopher. She was an avid bowler and, of course many friendships there, too. She especially was devoted to her family. If you were one of her tribe, you were loved immensely. Lookout anyone who dared harming one of hers.

She is survived by her sister, Mary Bohlmann. She was preceded in death by her husband, Paul Kruger, her brother David Campion, her parents Mildred and Marion Drake, her grandparents, and her special needs son, Peter Kruger, for whom she and Dad cared for until he was 27 and moved to a foster home in the care of Don and Darlene Ahlstrom.

Ranfranz and Vine Funeral Home is honored to be serving the Kruger family; to share a special memory or condolence please visit www.ranfranzandvinefh.com

I loved Carol so much! She approached me as a new member in church (now almost 17 years ago) and would always greet me every Sunday and spoke to my children so tenderly. I always complimented her on her outfits, she was a snazzy dresser! I looked forward to her 'wave' after music was played at church, always recognizing those who brought us beautiful music. She 'saw' everyone and I will forever hold her in my heart.

I am so sorry for your loss. I know that you will find comfort in your family and friends at this difficult time.

The world would be a much better place if there were more people like Carol. She was always so positive and cheerful. She brought joy to me in my life when I needed it most. Sympathy to family.

I knew Carol since high school. We kept in touch ever since. We had a group of us who used to meet at our homes in evenings..later in life we met weekly at Grandmas Kitchen. Carol was a very good friend always. Will miss you ...

We lived @ 228 10 1/2 St a couple doors from Carol & Paul. Carol & I would both whistle cardinal calls. One day we were chatting and I mentioned the cardinal calls; she said she was doing the same so we concluded maybe we were answering each other instead of a cardinal replying to our calls as we had thought all along! Sweet
lady.

Carol and Paul were great neighbors and friends of my parents. Paul went fishing with Dad and often Carol would be down at the folks just catching up. Many times I remember coming home in the afternoon from work and Carol would be there... She will be missed!

Jayne, I was sad to hear of the death of your mother Carol. I knew her over many years, and always enjoyed working with her. She was a friendly, kind and understanding person with a wonderful way about her that made everyone feel welcome and comfortable. My sincere condolences to you and your family.

Gunnar, I knew your Dad better but it was always my pleasure whenever I could talk to your Mom, too. I know your hearts ache at this time and my heartfelt sympathies to you and your family. May you find peace and time to reflect in all the wonderful memories of your Mom and a special lady. Godspeed.

Carol had a heart of gold. She had a special ability to greet new people, and make them feel welcome and at home. I feel very fortunate to have gotten to know her over the past decades. I send prayers of comfort for all her family and friends. May she rest in peace.

Carol was a lovely and friendly lady. I always enjoyed visiting with her at church.

Very sorry to learn of your mom’s passing. I remember her as a kind lady and great neighbor.

The services for Carol have not yet been added. Please sign up below to be notified when the services are ready.

The attached photos are added to the memorial of Carol Kruger to help share their legacy.

Please help memorize Carol Kruger by recording your attendance below.

Thank you for sharing your memory of Carol