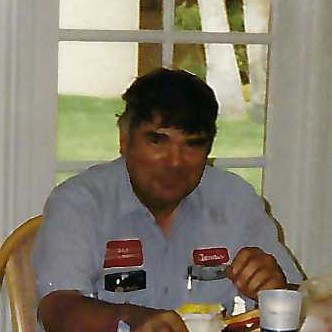 Dennis E. Fohrman, 79, of Rochester, Minnesota passed away Tuesday, December 15, 2020 at Cottagewood with his loving wife at his side.
He was born on October 15, 1941 to Joseph and Viola (Wilwerding) Fohrman in Britt, Iowa. In 1949 they moved to southwest Rochester where the present airport is. In the summer of 1957, they moved to Dover to continue farming.
In February 1964, he was drafted by the U.S. Army. He spent his two years in Fort Hood, Texas - luckily avoiding the Vietnam War. When he got home, his other siblings had taken over all the farming, so he needed to go to town and find a job. He found employment at Williams Printing where he stayed until they closed five years later.
On November 11, 1966, he married Sharon (Kwosek) of LaCrosse, Wisconsin. They were married at St. John's Chapel in Rochester, Minnesota. They had three children: Laurie Carson (Jim Shultz) of Show Low, AZ; John Fohrman of Rochester (died August 2017); and Jeff (Toni) Fohrman of Rochester, Minnesota.
Dennis then worked several jobs to get him what he wanted - his own business. He worked at Leitzen's Paint Store, Bakery, and AMPI. Then in the 80s, he started Denny's Remodeling Service where his heart belonged. At first it was roofing, but expanded to include kitchen and bathroom remodeling. Then in December of 1993, his wife hit a hurdle with her health and she accepted a Mayo Clinic transfer to Scottsdale, so he quit cold turkey and followed her.
While in Scottsdale, he became a maintenance engineer at apartment complexes. Unfortunately with the long summers, he had extremely bad weather conditions with air conditioners always on roofs.
In 2000, Dennis and Sharon bought a summer home in Lakeside, Arizona which he gutted and transformed to a dream home - four-bedroom rambler with three skylights. Later it became their home for two years before returning to Rochester to join family.
He was greeted at Heaven's doors by his son, John; his parents; four sisters: Lucy Fohrman, Margie Larsen, Colleen Schmit, and Mary Fohrman; and one brother, Charles.
He is survived by his wife of 54 years, Sharon Fohrman of Rochester; daughter, Laurie Carson (Jim Shultz) of Show Low, AZ; son, Jeff Fohrman of Rochester; five grandchildren; two great grandsons; four brothers: Patrick (Patty) Fohrman of St. Charles, Mark (Madonna) Fohrman of Dover, David (Nancy) Fohrman of Chatfield, Mike (Bonnie) Fohrman of Chatfield; and one sister, Phyllis (Ron) Roessler of Eyota.
His hobby was gardening, always having a huge garden full of the best tasting tomatoes ever. He is already missed by his loyal dog, Scooby, who unfortunately waited for almost four months to say goodbye and never made it. Then he had his grey kitty, Joy, who still knows he's missing. Unfortunately Bob the cat with no tail died of thyroid cancer a year and a half ago.
Family suggests memorials to Channel One Regional Food Bank, 131 35th St SE, Rochester, MN 55904 and Alzheimer's Foundation of America, 322 Eighth Avenue, 16th Floor, New York, NY 10001.
Memorial services will be held 11 AM Friday, December 18, 2020 at Ranfranz and Vine Funeral Homes, 5421 Royal Pl NW, Rochester, MN. Inurnment will follow at Calvary Cemetery, 500 11th Ave NE, Rochester, MN. Service will be livestreamed on Ranfranz and Vine Funeral Homes Facebook page at the time of the service. Due to COVID-19 health concerns, masks are required at all services with proper social distancing measures.
Ranfranz and Vine Funeral Home is honored to be serving the Fohrman family; to share a special memory or condolence please visit www.ranfranzandvinefh.com

The attached photos are added to the memorial of Dennis Edward Fohrman to help share their legacy.

Thank you for sharing your memory of Dennis