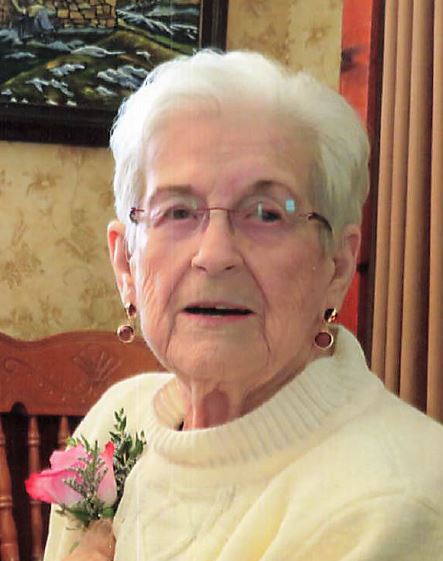 Hazel attended Pike County, and Winslow IN High School and Balboa Junior College, Balboa, Panama Canal Zone. She worked for Government Civil Service for 18 years and concluded in 1977. She then was secretary for The First Presbyterian Church, Princeton, IN., retiring in 1985. She was a member of Autumn Ridge Church, Rochester, MN. She, along with her husband of almost 50 years, moved 31 times while in The Army and Retirement. She was thankful for the many friends she made over her 91 years and all the things they accomplished during those years. Hazel enjoyed roller skating in her early years and taught her children to enjoy the same; one becoming a competitive skater. She was an accomplished seamstress; was a member of a Home Economics Club; and volunteered in many church activities. She moved to Minnesota in 2003 to live with her daughter Shirley.

A Funeral Service will be held at 11:00 a.m. Saturday, July 17, 2021 at Autumn Ridge Church, Timothy Chapel, in Rochester, MN. Visitation will be held one hour prior to the service at church. Burial will take place at the Maple Hill Cemetery in Princeton, IN, on Tuesday July 20. Ranfranz and Vine Funeral Home is honored to be serving the Harper family; to share a special memory or condolence please visit www.ranfranzandvinefh.com

Hazel was a very gracious lady. I enjoyed my lunches with her and her daughter and visiting with them in their home. I know that she will be truly missed by her friends and family.
My prayers go to her family.

Hazel will always be a sweet memory of our times of fellowship together in each others homes with her joyful spirit. Loving thoughts & prayers to family, Kathy & Ron Hooley

The attached photos are added to the memorial of Hazel Lucille Harper to help share their legacy.