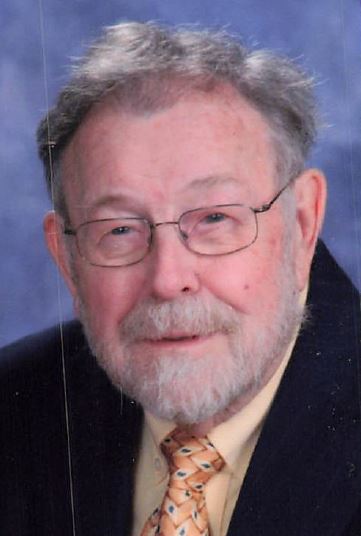 Dr. Mahlon Burbank, 89, of Rochester, died peacefully on Friday, July 23, 2021, at St. Mary's Hospital with his beloved wife, Marilyn, of 66 years, by his side. He was born April 26, 1932, in Rockford, Illinois, the only child of Harvey and Esther (Johnson) Burbank. He grew up in Rockford and attended East High School where he was editor of the school newspaper, was a member of the debate team and played golf and tennis.

In 1950, he received a scholarship to attend Northwestern University in Evanston, Illinois. During his sophomore year he met his future wife, Marilyn Williamson, in an economics class. They were married four years later in 1955.

Mahlon received his MD degree in 1957 from Northwestern University Medical School and went on to serve an internship at Jefferson Davis Hospital in Houston, Texas. In 1958, Mahlon was accepted into Mayo Clinic's internal medicine residency program. Upon completion of his residency in 1962, he served two years as a Captain in the U.S. Army, stationed at DeWitt Army Hospital, Fort Belvoir, Alexandria, Virginia. He was the Assistant Chief of Internal Medicine and received the Army Commendation Award for organizing an educational program for the staff.

In 1964 he returned to the Mayo Clinic and joined the vascular section in internal medicine and later passed the cardiology boards. In 1967, he pioneered a clinical outreach program at the Mayo Clinic and Gunderson Clinic in LaCrosse, a first for both clinics. Mahlon's passion was always direct patient care and enjoyed meeting people from all over the world. During his career he served on the Clinical Practice Committee, was the founding member of the Area Medicine Division, and served as president of the Minnesota Society of Internal Medicine. He was also a board member and medical director of the local Physicians Review Organization.

In addition to his medical practice, he was part of the Mayo Clinic Military Reserve Unit and remained in the reserves from 1964-1992, 28 years. He had achieved the rank of Colonel.

Mahlon was an avid reader, especially of history. He was a self taught piano and banjo player and enjoyed active vacations fishing, canoeing, and camping with his family. He practiced what he preached and walked or bicycled to work for most of his career. He also enjoyed playing tennis with his colleagues and family most of his life. In retirement, he spent his summers at the family's cabins in Vermillion Bay, Ontario, Canada.

A funeral for Mahlon will be held 11 a.m. on Saturday, July 31, 2021 at Gloria Dei Lutheran Church in Rochester, to be preceded by visitation from 10 a.m. to 11 a.m. In lieu of flowers, memorials may be sent to the Mayo Clinic Poverello Foundation, American Heart Association or charity of the donor's choice.

Our thoughts and prayers are with the Burbanks at this time. Bless you all during this tough time. 💙- Heidi Sullivan

The attached photos are added to the memorial of Mahlon Burbank to help share their legacy.

Please help memorize Mahlon Burbank by recording your attendance below.