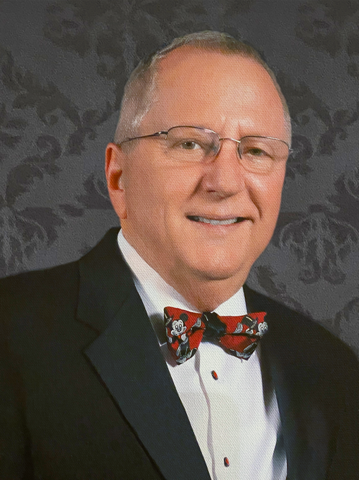 Alan Olaf Tuntland passed away in his home on October 11, 2021 after a lengthy battle with cancer. He was born on September 4, 1940 to Olaf and Edith Tuntland. He spent his boyhood days in Sioux Falls and Brandon, South Dakota, graduating from Brandon High School in 1958. He continued his education at South Dakota State College obtaining a degree in Mechanical Engineering. He worked for Northwestern Bell Telephone Company in Sioux Falls for a year and joined the South Dakota Air National Guard.

In 1963 Alan enrolled at Purdue University where he continued his Air Guard meetings and graduated with a Master of Science in Industrial Administration. Alan moved to Minneapolis where he worked as a management consultant for Touche, Ross, Bailey, & Smart and Wilson Learning Corporation.

On December 26, 1964, he married Sharon Grotewold from Larchwood, IA. The couple lived in Minneapolis for seven years and then moved to Rochester, MN where Alan started his entrepreneurial career in 1971 as the owner of GMC Truck, Inc.

Alan sold GMC in 1976 and purchased Schmidt Printing. In 1989 he sold the printing company to the Taylor Corporation in Mankato, MN. Alan continued working as a Taylor employee until 1994. Owning his own business gave Alan much pleasure. He enjoyed the process of building a successful company, mentoring young talent, and helping all his employees succeed and thrive.

Alan loved flying and owned small airplanes throughout much of his life, obtaining his pilot's license at age 17. He flew for business, charity, and pleasure. As an Angel Flight and Veterans Airlift Command pilot, Alan transported patients and their families to medical appointments at no charge. He donated over 400 hours of flight time and flew 100,000 miles into 21 states as he helped raise funds for South Dakota State University Foundation. In 2010 Alan donated his beloved Jet Prop to the SDSU Foundation.

Alan was patriotic throughout his life, participating in the Ground Observer Corps, ROTC, the Air National Guard, and the Minnesota Civil Air Patrol. He loved playing the piano and spent much of his free time in his seventies taking piano lessons and playing for friends. In his later years, Alan often spoke about how satisfying it had been to help others. He spent countless hours volunteering for his favorite charities--raising funds for operations, buildings, and scholarships.

Travel was a priority in Alan's retirement. He and Sharon traveled to all seven continents. They took five Air Journey trips, flying with other private pilots to the Caribbean, Central America, and South America.

Alan encouraged others to have a generous heart. He said he had never met a grouchy giver and that a man who dies rich, dies disgraced. Alan believed we should all love our God, our family, our neighbors, and our community.

He was a champion for education, life-long learning, and free enterprise. Alan has been called witty, strong willed, industrious, hard-headed, soft-hearted, determined, and persistent. He wanted to be known as a kind man.

Alan was preceded in death by his parents (Olaf and Edith Tuntland) and his brother (James Tuntland). He is survived by his wife (Sharon), his daughters (Kristen (Terry) Stamman, Sarah (Andrew) Truitt, and Meredith Tuntland; his grandchildren, J.T. and Jake Stamman and Taylor and Sam Truitt; his sister Helen (Isaiah) Jackson -Helen has since passed away (October 22, 2021); his sister-in-law Paulette (Dan) Kasperski; his brother-in-law Alan Grotewold; and many nieces, nephews and cousins. He has a soft spot in his heart for his grand dog, Aly, who was named for him.

In the philanthropic spirit that defines Alan Tuntland, he wishes you to consider donating to one of his beloved charities in lieu of sending flowers or gifts. Special links for donating in Alan's memory to the Rochester Area Foundation and the South Dakota State Foundation can be found here. Click on the link or copy and paste into your browser. https://rochesteraf.fcsuite.com/erp/donate/create?funit_id=2485
www.sdstatefoundation.org/give (in the search bar enter 'Alan Tuntland')

The interment will take place at Hills of Rest Cemetery in Sioux Falls, SD at a later date.
To view the live funeral service online, enter YouTube.com into your browser. Search Bethel Lutheran Church Rochester, MN.

Ranfranz and Vine Funeral Home is honored to be serving the Tuntland family. To share a special memory or condolence, please visit https://www.ranfranzandvinefh.com/obituary/615793/Alan-Tuntland/

Dear Sharon and family,
Your written words on Caring Bridge these past several months were like prayers, Sharon. What a tribute to a life well-lived and to your life together. What an adventure! Reading daily of the two of you opened up my eyes and left me incredulous. Wow - just, wow. You gave a gift to so many, regaling us with your many vivid memories, even as you informed us of a dwindling physical condition.

And now this good, adventurous soul is on his next adventure, no doubt doing what he can to help others in heaven, too.

Thank you so very much for opening your souls and sharing so much. I didn't know Al personally, but remember how he/you helped out the Rochester Symphony so very much. Thank you for your support of music. And may the choirs of angels greet their newest member.

Sharon, I am so sorry for your loss. Alan sounded like an impressive guy.

I’m sorry to hear of Al’s passing. I started working for Al in 1984. I was brought to his office for approval to be hired full time. He called me (A good egg.). I will never forget that. A good man that deserved your utmost respect. At the time he sold Schmidt Printing to Glen Taylor, he gave everyone $1 for everyday they had worked for him. I’m so thankful that he gave me the opportunity to a 21 year old that didn’t know what he wanted to do in life. I ended up working for Schmidt Printing for just short of 35 years. I will always be great full. Sincerely,
Bruce Mickow

The Tilford and June Iverson Family of Brandon was extremely fond of Olaf and Edith and their children. It looks like Alan lead a long and fruitful life yet loved ones always morn their loss. Sincere condolences to the Tuntland Family.
Bill Iverson
Billings, Montana

No doubt that Al left anything undone , or not done before he left everyone. If he wanted to achieve something, he achieved it completely. If he wanted to go somewhere, he went to all ends of the earth. No doubt, he would have gone into space on the private flights, if he had been in good health. Amazing man who, along with Sharon, raised a wonderful family whom he was always so proud to speak about. His love for Sharon had no boundaries, as is hers for Al. Love you both.
Rita Bailey

Please accept my sincere condolences Sharon and family. Al was a one of a kind treasure and one I will miss greatly for his quick wit, easy smile and generous heart and so much more. As a fellow "Jackrabbit" and SDSU Foundation member, I want to share that all of us will miss him greatly. The good Lord be good to him as he was a very good man!

My condolences to Sharon and family. I will miss my Brandon High School classmate and friend. Alan gave it his all. Judith (Franken) Hicks 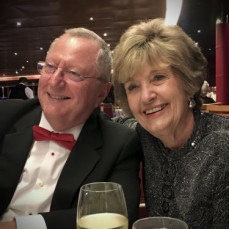 The attached photos are added to the memorial of Alan Olaf Tuntland to help share their legacy.