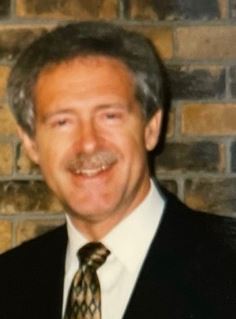 Surrounded by his family and wife of nearly 60 years, David Arthur Shulman, 85, died peacefully at home on February 11, 2022 after an unyielding 20 year battle with Parkinson's Disease.

Born in Chicago, IL on November 20, 1936, David was adopted by Albert and Jeannette Shulman of Cleveland, OH. Growing up, David spent much of his time at an outdoor hockey rink, which led him to his love for figure skating. He always joked that the girls smelled much better.

After summers spent in Lake Placid, NY training with Olympic figure skating coach, Gustave Lussi, David attended Michigan State University where he played on the MSU hockey team while simultaneously competing in the National Junior Men Figure Skating Championships. Graduating with a degree in history and political science, David moved to Sioux City, Iowa where he was employed as a high school teacher and figure skating coach.

Soon thereafter, the Dallas Figure Skating Club took notice of David's coaching achievements and recruited him for the position of head figure skating coach, a challenging appointment which he enthusiastically accepted. The move to Dallas proved to be life changing as that is where David met Carole Banbury, his future wife to whom his affection, admiration and lifetime commitment was monumental. After they were married, David's stellar reputation as a leader and coach was recognized by the Rochester Figure Skating Club who hired him as head coach.

In the fall of 1968, David achieved a lifelong dream of becoming an attorney. While earning his juris doctorate degree at the University of Minnesota School of Law, he continued to fulfill his contract as the head skating coach with Carole, his partner on and off the ice. As shining examples of teamwork, David and Carole taught together for 26 years, coaching athletes to national status.

As a young boy, David was fascinated with flying. At the time, his dream of soaring among the birds in the sky seemed unattainable because of his poor eyesight. As an incredibly optimistic man, David who never saw a road block, hurdle, obstacle or challenge went on to become a certified instrument, multi-engine, airline transport, type-rated Citation jet pilot. He was a flight iinstructoras well as a charter pilot completing life source, organ transplant missions for the Mayo Clinic.

Along with his dedication to law, aviation and coaching, David was a volunteer ski patroller at Mt. Frontenac for 17 years, an adjunct professor at Winona State University and he also hosted the "Legal Eagle" radio show for KWEB and KROC. As a luminary in the fields of skating and law, David was often a speaker at national conferences and meetings.

A few of David's impressive honors and achievements include figure skating Gold medalist, World Professional Figure Skating judge, Master rated in three coaching disciplines, consultant to President Carter's Commission on Olympic Sports, Professional Skaters Hall of Fame Induc-tee and Lifetime Achievement Award recipient. Additionally, the David Shulman Leadership Scholarship was created in recognition of his leadership and dedication to the world of figure skating. In the field of Law, David was admitted to practice in Minnesota, Wisconsin and Colorado, Federal Courts of Minnesota, Tax Court of the United States, Eighth Circuit Court of Appeals and the U.S. Supreme Court.

The family will receive guests for a time of visitation from 4:00 pm to 7:00 pm Friday, March 4, 2022 at Ranfranz and Vine Funeral Homes 5421 Royal Place NW, Rochester, MN and one hour prior to the service at the church.

Ranfranz and Vine Funeral Home is honored to be serving the Shulman family; to share a special memory or condolence please visit www.ranfranzandvinefh.com

David was a good, sweet man. He always talked proudly of his wife and family. He loved you all very much. May his memory be a blessing. 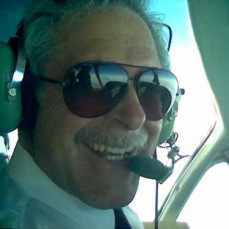 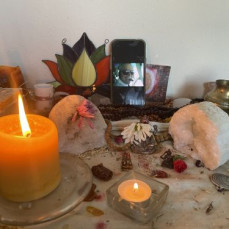 The attached photos are added to the memorial of David Arthur Shulman to help share their legacy.