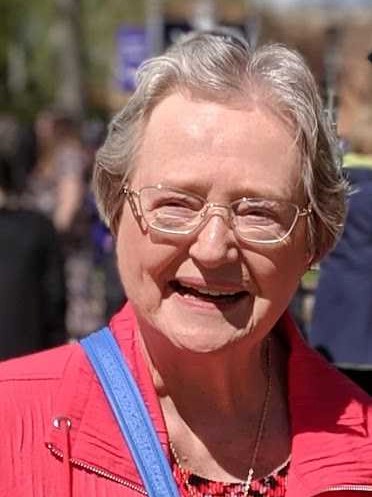 Arielle Wilhelm Balak, 88, of Rochester, MN, passed away on Monday, March 14, 2022, at Saint Mary's Hospital, surrounded by her family. Born June 28, 1933 in Wheeling, WV, she was the daughter of Anthony Wilhelm and Mable Kindleberger. The family purchased a farm near West Alexander, PA when Arielle was a young girl -and she spent her formative years helping her parents tending to the family's garden and gathering eggs to sell to the local market. Arielle graduated from West Alexander High School as valedictorian in 1951. She completed her certification from the Elliott School of Business and went on to work as a secretary at Hazel Atlas Glass Company and RCA. It was at RCA that she met her future husband Franklin. She was united in marriage to Franklin J. Balak, Dec. 3, 1966, in Washington, PA. They had many wonderful years together before his death in 2012.

The family moved to Waseca, MN in 1983 where Mom worked as an Administrative Assistant at the University of Minnesota Agricultural Experiment Station until retirement. She enjoyed recording daily weather data, editing manuscripts, and working with the scientists. Arielle took great pleasure in crocheting, baking, canning, mowing grass, spending time with family, and traveling in their motorhome with Dad. Upon retirement in 2002, she and Dad became snow birds and spent the colder months initially in Huachuca City, AZ and later in Deming, NM. After Dad's death in 2012, she moved to Rochester, MN to be closer to family.

A celebration of life will be held on Saturday, May 14, 2022, from 9-11 a.m. at Ranfranz and Vine Remembrance & Reception Centre, 5482 Royal Place NW, Rochester, MN. Interment will be at Fort Snelling National Cemetery with Dad later this summer.

In lieu of flowers, family wishes that memorial tributes be designated to macular degeneration research or peripheral neuropathy research at Mayo Clinic. Her failing vision and diminished use of her hands was what Mom struggled with the most during the later years of her life. Tributes can be made by phone 1-855-852-8129, online https://philanthropy.mayoclinic.org/donatemc, or by mail to Mayo Clinic Department of Development, 200 First St. SW, Rochester, MN 55905.

The attached photos are added to the memorial of Arielle Balak to help share their legacy.

Please help memorize Arielle Balak by recording your attendance below.