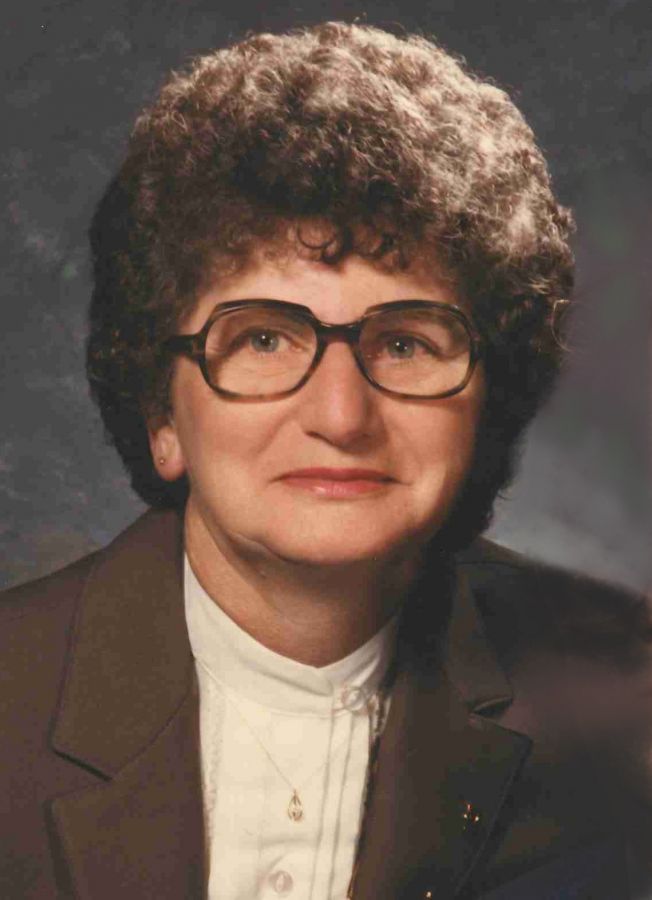 Evelyn R. Sykes, age 92, of Rochester, MN passed away peacefully on Wednesday morning, June 15, 2022, following a two-month battle with pancreatic cancer. Evelyn was born on October 3, 1929 to George and Alvina (Adler) Wehrs on the family farm in rural Elgin. She attended Elgin parochial school through 7th grade and Elgin High School until 10th grade. She then moved to Rochester and began waitressing at the Green Parrot Cafe and later at the Chanticleer Room at the Rochester Airport.

On March 17th 1947, she met the love of her life, Harry Sykes, at the Pla-Mor Ballroom in Rochester. Throughout their married life, they always celebrated their love on St. Patrick's Day. She married Harry Sykes on June 6, 1948 in Elgin. They were blessed with four children, Darryl, Cherryl, Jacqueline, and Cynthia.

In 1969, Evelyn and Harry purchased the Coast-to-Coast Hardware Store in Stewartville, MN. They were both very active in the community and loved working together. They sold the store in 1990 and were semi-retired until 2004. In 2007, they moved back to Rochester.

Evelyn enjoyed traveling, playing cards with anyone and everyone, and delighted in visiting her kids, grand-kids and great-grand-kids as well as her many friends and relatives. She has been a devoted member of Trinity Lutheran Church in Rochester since 1948 and often greeted parishioners on Sunday and helped serve coffee and rolls during the coffee hour. When her husband, Harry, was alive, they traveled all over the United States, including Hawaii and Canada, they danced, attended all of their children's numerous school and sporting activities, camped out, bowled, attended country western concerts, and simply enjoyed being together.

She was preceded in death by her parents, her beloved husband, Harry, her darling daughter, Cherryl Sykes, her infant grandson, Justin Wright, her two brothers, Orville and Milton Wehrs and her brother-in-law, Edwin Rehbein.

Funeral services will be held at 11:00 a.m. Saturday, June 18, 2022 at Trinity Lutheran Church 222 6th Ave. SW, Rochester, MN with Pastor Joel Haak officiating. Visitation will be held from 5:00 to 7:00 p.m. on Friday, June 17, 2022 at Ranfranz and Vine Funeral Homes 5421 Royal Place NW, Rochester, MN and one hour prior to the service at the church. Entombment will be at Grandview Memorial Gardens in Rochester.

Ranfranz and Vine Funeral Home is honored to be serving the Sykes family; to share a special memory of condolence please visit www.ranfranzandvinefh.com.

Much love from Tom & Roz Rydstrom💐🦋

The attached photos are added to the memorial of Evelyn Ruth Sykes to help share their legacy.