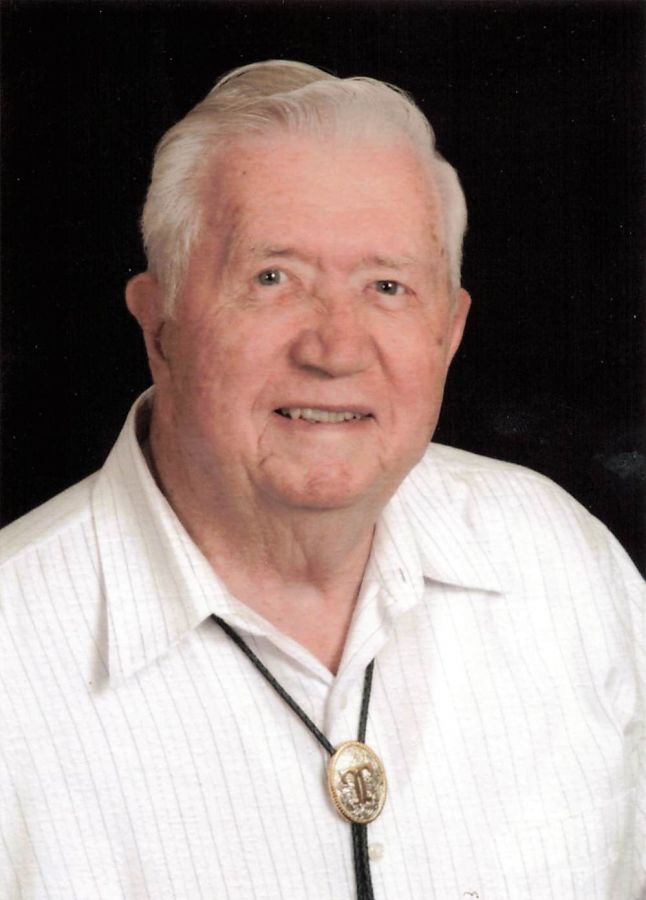 Orland Thoreson, 92, went to be with his heavenly Father after passing away peacefully at his daughter's home on Monday, July 11, 2022. Orland was a believer in Jesus and the gift of everlasting life so we have assurance of where he's spending eternity.

Orland and his twin brother were born in 1929 to Eddie and Clara Thoreson in Crookston, Minnesota. He was raised on the family farm with two younger siblings. As an eighth-grade student, Orland contracted blood poisoning and became the first patient in the upper Midwest to receive a life-saving dose of penicillin. He recovered and later attended the Northwest School of Agriculture and Wahpeton School of Science, and began farming.

He met his future wife, Maxine Paulson, on a blind date and they married in 1952. In June, they celebrated 70 years of marriage. Orland was a Korean War veteran who attended United States Army Signal Corps training and served in Honolulu, Hawaii, from 1954 - 1956. Once they returned home, Orland was interested in the newspaper business. He obtained a job at the Rochester Post Bulletin and bought a home in Rochester where they raised three daughters, Renee, Christie, and Norine. They enjoyed summer family vacations in the station wagon traveling out west and camping. They opened their home to numerous relatives and friends who were patients at Mayo Clinic. Later, Orland and Maxine would travel in their RV and spend winters in Arizona, Texas, and Florida. Other travels included Norway, Egypt, the Holy Lands, Mexico, and other European countries.

He was a member of Our Savior's Lutheran Church, Sons of Norway, the Rochester '76 Lions Club, Rochester Minnesota Woodcarvers Club, and the Korean War Veterans Club. He owned a 1966 Mustang which he used to teach his daughters and grandchildren how to drive. He was known for his one-liners such as "Keep it between the white lines!", "Hold it down to a dull roar!", and "I'm not doing bad for an Old Cob!" He had a way with animals and every family pet loved him. Orland enjoyed Norwegian crafts such as carving wood figures, acanthus carving, and kolrosing. He enjoyed attending Nordic Fest and Norsk Hostfest, playing cards, putzing in his workshop, and going for drives to Lake City.

The Thoreson family wants to thank the Mayo Clinic Hospice team for their compassionate end of life care for this beloved husband, father, grandpa, and "GG grandpa". Orland donated his body to Alzheimer's Research at Mayo Clinic. In lieu of flowers, donations may be made to your choice of charities.

The funeral service for Orland will be at 2:00 P.M. on Friday, August 19th at Our Savior's Lutheran Church in Rochester with Rev. Nikki Rockne officiating. A time of visitation for family and friends will take place 1 hour prior to the service at the church on Friday afternoon. There will be a private family burial at Oakwood cemetery.

Ranfranz and Vine Funeral Homes is honored to be serving the family; to share a special memory of condolence please visit www.ranfranzandvinefh.com

Dear Maxine and the Thoreson family,
I often fondly remember when my sons, Brandon and Bridger Riggs, had been 1st and/or 2nd grace students in Maxine's classroom at "Lincoln at Mann Elementary," and the boys wanted to take Mrs. Thoreson out to dinner. A fancy fast-food restaurant was chosen, and we enjoyed a shared meal together. Then we were invited to Orland and Maxine's home afterwards and to see the creek behind their home. Both Orland and Maxine were so gracious to our family. One never knows the impact one has on another person, but even that one-time meeting of Orland is fondly remembered. And I will forever be appreciative of our beloved Mrs. Thoreson! My condolences and sympathy to the entire Thoreson family. Sorry this tribute wasn't posted much sooner! With love, Karen Werner (formerly Riggs) Nick

The attached photos are added to the memorial of Orland Everett Thoreson to help share their legacy.